Jiří Josef Kamel: The botanist who gave his name to the camellia

Jiří Josef Kamel was a botanist and missionary born in Brno in 1661. When he was 26, he was sent to the Philippines by the Jesuits to spread God’s word, but it seems that he spent most of his time rooting-out and documenting the islands’ weird and wonderful flora. To commemorate all that he did for botany, one of the prettiest and best-known species of flower has been named in his honour… 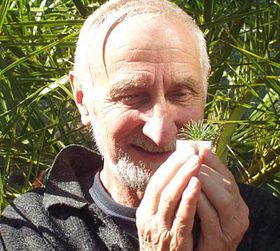 Václav Větvička, photo: Zdeněk Vališ On this cold and not very exotic January day, with all this snow still on the ground, it’s hard to believe that I have a date with a tropical plant. But I’m here at the Botanic Gardens in Prague’s New Town to meet the former head of the gardens, Mr Václav Větvička and, more specifically, the camellia which is currently in bloom in the gardens’ greenhouse…

…I met Vaclav Větvička in the greenhouse’s relative warmth, and he started by telling me about yet another one of Jiří Josef Kamel’s accomplishements: 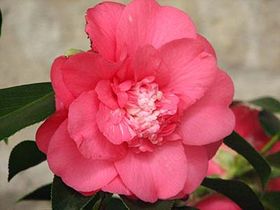 Camellia “Oddly enough, it seems that he didn’t concentrate upon his missionary work as thoroughly as he might have. Because after several years on the island, we start to hear reports of him working as a pharmacist in his own apothecary. He grew the things he sold in his garden, which was something like a botanical garden, or a collection of different homeopathic plants. So, we can say that Kamel set up as a sort of herbalist in the Philippines, because he hadn’t ever trained to be a medic or a doctor.”

In fact, Kamel’s apothecary was the first chemist the Philippines had ever known. But what sort of goods would it have stocked, back in the 17th century?

“Well, if we look at what was being used in medicine at that time, then probably spices like cinnamon and cloves. Cloves, for example, work as a very powerful antiseptic. If you have toothache, then you should put a clove in your mouth, bite into it, and your tooth should stop hurting. Kamel would have been looking into just this sort of cure, obviously.” 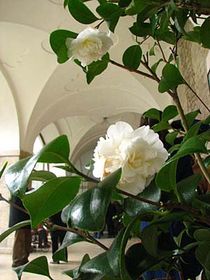 Camellia But Kamel wasn’t content with just growing plants and harnessing their healing powers - he also wrote about them and drew them. He then sent his articles to leading botanists in London, such as John Ray, who published the missionary’s articles as part of his own Historia plantarum. The Royal Society of London still has a couple of Kamel’s original texts, as Keith Moore, from the society, explains:

“They are in the style of their time, they’re written in Latin, which is the common language of scientists at that period, and what Kamel was doing was informing the Royal Society’s fellows about the flora and fauna of the Philippines where he was based.

“This was quite a common thing to do at the time. The Royal Society was very keen to have accounts of the customs and plants and cultures of far-off places. So, for instance, the Jesuits in Peking were sending the Royal Society astronomical observations from 1662 onwards, and the Royal Society tried to recruit people who would be traveling to the Far East so that they could tell society about what they found there.”

As well as articles, Kamel was also sending the Royal Society plant specimens and drawings. But how good an artist was he?

“He’s not a showy botanical artist. He’s quite basic. But he is a good scientific artist – in other words, the main features of the plants are there for other scientists to see.”

Okay, and my final question is about the postal service of the time, is it very probable that a lot of things that he sent would have been lost in the post, was it at all reliable to send specimens and drawings all the way from the Philippines to Britain at the time?

“It was fairly reliable. I mean, London was a major mercantile port at the time, and that’s why the Royal Society was able to obtain written accounts and specimens. Of course, travel by sea was still dangerous, ships could sink. But at the same time, a significant proportion of most correspondence did actually get through. It took a little time of course, but it did actually get here in the end.”

For all of this tireless work with plants, fellow botanist Carl Linné named the camellia in Jiri Josef Kamel’s honour, nearly fifty years after his death. As Vaclav Větvička explains, the plant named to commemorate Kamel has gone on to become something of a muse for writers and musicians:

“The camellia gained its place in art when Alexandre Dumas jr. wrote the wonderful novel La Dame aux Camélias - in which the flower’s colour plays an important, poignant role. Camellias, of course, come in several colours; in white and red as well as pink. But it was Guiseppe Verdi who really celebrated the camellia in his opera La Traviata, which is in fact a musical version of Alexandre Dumas’ novel.” 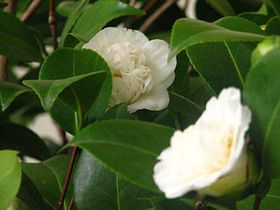 Camellia “But none of that is important when you think that we are in contact with the camellia on a daily basis, that we use it on a daily basis, and we don’t ever think about it. The genus Camellia japonica, which is the one with the pretty flowers which we are standing in front of right now, belongs to the same family as Camellia sinensis which is none other than the good-old tea plant.

“The tea plant and the camellia are brother and sister, as far as botany is concerned. So, every morning, when you are making your cup of tea, spare a thought for Jiří Kamel, the Jesuit missionary from Brno, who became a world-renowned botanist.” 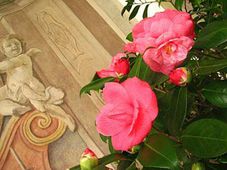 Today in Mailbox we reveal the name of the mystery person from our January competition and announce the names of the four lucky winners.… 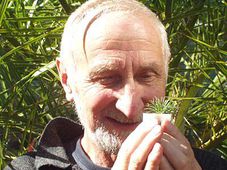 Czechs re-enact the coronation of Emperor Charles IV. Baby Methusaleh comes to Prague! And - a young man seems to have started a pink…