In this edition of Czechs Today Jan Velinger talks to Czech film director Radim Spacek, whose projects have combined documentary and fiction elements in new ways, twisting traditional narrative. In the past his subjects have included difficult themes such as suicide and war but also a famous crisis at Czech TV.

Radim Spacek, photo: www.reflex.cz Radim Spacek studied acting at the Prague Conservatory before turning to directing - the first thing I asked him was how he ended up going from being in front of the camera, to behind it.

"Through acting in fact I found directing because when I was around fifteen I was chosen for the lead in Karel Kachyna's "Little Girls and Crazy Guys" and he was a little bit nervous sometimes, he wasn't happy with my acting and he was a bit tough on me. He was a bit tough and I was thinking to myself 'why' am I doing this crazy job? Why am I not the guy behind the camera instead? That's a lot easier! So, that's how I found 'directing' interesting and why I then applied to the FAMU film academy in Prague."

The FAMU film school is of course well-known around the world, made famous primarily in the 1960s when it was attended by people like Vera Chytilova, Milos Forman, Jaromil Jires. How did you find your time there? Did any vestiges of this fame remain?

"I would say that at the time I was studying at FAMU the fame of the school was still all around, especially in former Yugoslavia because of director Emir Kusturica (Time of the Gypsies, Underground, Arizona Dream). But I would say that the atmosphere at the school at that time was a little bit 'thick'. To make something different was difficult and everything was a problem. The sad thing was that the people who were against you were the same directors who made the school famous in the 60s! So, I wasn't really happy to go there and I just went and worked and made short films and made friends with whom it was possible to collaborate. Now, though, the school is completely different."

Your first bigger film project was "Young Men Discovering the World" - set in Bosnia during the war - and in this film you mixed both fictional and documentary elements. How did you arrive at the decision to use both?

"Um, I didn't 'plan' to do it like this, originally I wanted to make a big feature with actors. But, I didn't have enough money - it had a very humble budget - a really home-made feature. In the end I was almost alone on the project, together with my ex-girlfriend and a few friends from Sarajevo who worked for free or for a pair of Reeboks or something.

Young Men Discovering the World And, then I found that the real true words that people were saying to me, were more interesting. At the time no one was really listening to these people, caught up in their own problems: each of us carries his own [burden]. I found it better to make more space for these really 'documentary' elements. I am very satisfied with how it turned out. And for me it remains a good example of how such a film can be done. It's the type of film I would probably try again. But, maybe about a different subject, with different people."

December was the tenth anniversary of the end of the war in Bosnia and what always strikes me is how fast the memory fades of what really happened there. How do you look back on the period, when you were actually filming there?

"Technically it was very difficult because, you know, there was no electricity for a number of weeks, and it was hard to recharge batteries or just to get film stock back and forth between Sarajevo and Prague. But, as far as I was concerned I was very happy at that time because I met a lot of great people, brave people, and all the time I was just thinking 'how would I behave in their situation', if war ever came here. And that's probably something that stayed in me for a very long time, until now, that I always try and look at problems from both sides. Always you can remember that there are plenty of people who are in worse situations, even if you're in a bad situation, surrounded by bad people 100 percent there are people who are off worse."

Dreamless Nights I was even been wondering about one of your more recent films, the documentary "Dreamless Nights". That film was also about a crisis in a way, although a far different one: the 2000/2001 crisis at Czech TV - a much publicised clash between the management and journalists that was heavily political. Some saw the conflict as one of influence peddling or manipulation threatening the freedom of speech; others saw it as just a group of journalists just trying to hold onto their jobs with the coming of a new managerial team. What was it like for you to film 'behind the scenes'?

"It was a very unpleasant time, you know, for everyone involved. For me and my cameraman David Calek it was double! We were filming both protestors - organising the strikes - and members of the new team and both sides kind of looked at us as 'spies'. Everybody just looked at us like at an enemy, so this is not a pleasant situation at all. This is why it's called 'Sleepless Nights' or 'Dreamless Nights', because we didn't sleep, or if we did, we certainly didn't dream! Everything was so chaotic and quick and nervous.

You have to all the time speak up, day your opinion about situations which you don't agree with and this was the chance how citizens of the Czech Republic said to politicians 'don't mix with the media - especially with the public service. If they mix with the private media, well, it's not okay but that's their business. But, the distance between the public service media and politicians should be the widest possible. They shouldn't be involved at all.

Especially today I get the feeling that maybe new politicians are 'trying again'. Maybe they weren't in politics five years ago or weren't closely involved or simply don't remember how people reacted. Or they think people have since grown lazy and tired. For example, my documentary could be kind of a 'warning' for them." 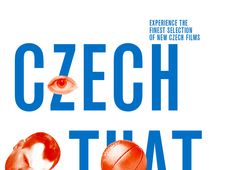 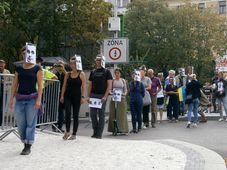 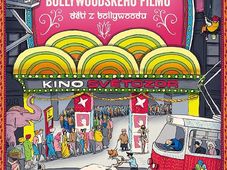 This Wednesday, the annual Bollywood festival of Indian film gets underway in Prague. Now in its 12th year, the festival offers a selection…