CzechTrade: 30 percent of Czech exporters not ready for EU competition

About one in three Czech exporters are not ready for increased competition in the European Union after Czech accession in May, according to Martin Tlapa, the head of Czech government's trade promotion agency CzechTrade. These firms could have problems after Czech accession and some will go bust, he told CTK, adding that small and medium-sized enterprises with a lack of capital and experience were endangered in particular. The main problems for small firms include a language barrier and insufficient knowledge of applicable EU regulations. The share of small and mid-sized companies in Czech exports is growing and it has reached 37 per cent, but it is still low compared with the 50 per cent level in the EU. According to Mr. Tlapa, about 200 of the Czech Republic's largest exporters make up for more than 50 per cent of the country's exports.

Boeing to leave Aero without compensation

According to media reports, U.S. Boeing is willing to pull out of the troubled Czech aircraft manufacturer Aero Vodochody without any compensation, following a Czech government request for it to do so last week. Boeing became Aero's strategic investor in 1998, but has failed to deliver on its promise to help the Czech company penetrate foreign markets and increase its sales. Although the Czech state is the majority shareholder, Boeing enjoys management control of Aero. 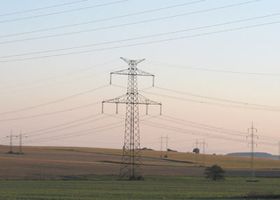 Czech producer prices jumped 0.8 percent in January from the previous month, a greater than expected rise due to a change in consumer and value added taxes and deregulation of some utility prices. The Czech Statistics Office said that the Producer Price Index was up 1.6 percent year-on-year in January. Electricity, natural gas and water prices jumped 3.1 percent month-on-month. Also agricultural prices, a separate category, saw a 3.4 percent increase last month driven by fruit prices. The Statistics Office said in a statement that January's development again signalled that a relatively long period of lowering of overall price levels was ending. Photo: European Commission Czech retail sales grew by 6.3 percent year-on-year in December, beating market expectations. The sales growth was propelled mainly by higher spending on fuel, which grew by more than 18 percent in December after an eight percent rise a month earlier. Cosmetics, consumer electronics and other household goods also jumped ahead of the Christmas holidays, as did medicines at a time when freezing weather -- and the flu season -- hit the country.

Retail spending was a key driver of economic growth last year, mainly due to cheap and accessible credit from banks coupled with rapid real wage growth. In December, the pace of consumer purchases picked up after nearly stagnating in November - at a meagre 0.3 percent. For the whole of last year, retail sales grew five percent year-on-year.

Czech industrial output surged by 8.9 percent year-on-year in December to grow at its fastest pace in more than a year. A month earlier, the rise was 4.8 percent. The acceleration was mainly due to emerging economic recovery in neighbouring European Union.