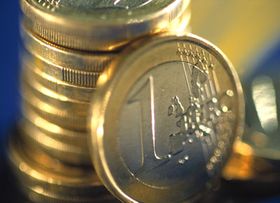 Photo: European Commission Czech National Bank governor Zdenek Tuma has warned that the government's spending programme for 2006 could jeopardise plans to introduce the euro in 2010. Mr Tuma described the expenditure plans as very undisciplined, and said many proposals were irrational. Just because the Czech economy is doing well now, the government should not behave as if that will be the case forever, said Mr Tuma.

Plan to cut paperwork for small businesses rejected by government 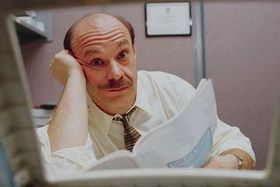 An amendment aimed at cutting paperwork for small businesses has been rejected by the cabinet. The proposal, put forward by the opposition Civic Democrats, would have allowed Czechs apply at just one government office, and fill in just one form, to start a new company. Currently it involves at least three offices and eight forms. 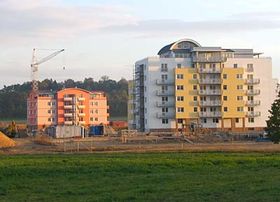 Developers and bankers report increased interest from people hoping to buy new homes, due to uncertainty over how long construction work will remain in the 5 percent VAT bracket, Hospodarske noviny reported this week. After EU accession the Czech Republic was allowed to keep building in the lower VAT bracket until 2007. The government is now negotiating to extend that exception until 2015 - if they fail, new homes will increase in price by hundreds of thousands, or even millions, of crowns.

Employers are set to pay sickness benefit for the first two weeks of an employee's illness, a burden currently shouldered by the state. A new bill approved by the lower house will also increase sick pay for those on higher incomes - it is currently so low that many of the well paid prefer to take regular leave rather than lose money. Whereas in 1990 the average duration of sick leave in this country was 18 days, last year that figure had doubled to 36 days.

Czech IT market grows by tenth in 2005

The Czech information technology market grew by almost a tenth this year, mainly due to an increase in demand for software applications and security solutions, analysts IDC said this week. And foreign direct investment in the Czech IT sector should boost its performance next year too, a spokesperson for IDC said, adding that the Czech market is the most advanced in the region.

Meanwhile, the number of Czechs with high-speed internet connections doubled in the last year and now stands at over 5 percent of the population. IT Minister Dana Berova said growth next year should be even faster, partly thanks to government subsidies to support broadband in the Czech Republic.

...while plans for free WiFi in Prague meet opposition

But a Prague City Hall plan to introduce a free WiFi internet network for the capital has met with opposition from telecommunications companies, the Prague Post reported this week. A group of telecoms firms wrote to the IT Ministry, saying the money the project would cost would be better spent increasing internet connectedness in small towns and rural areas.