Czechs on course to adopt euro in 2010 but some risks, says OECD 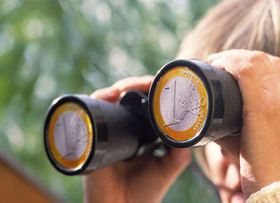 Photo: European Commission The Czech Republic is currently on course to adopt the euro in 2010, though there are still risks regarding its ability to meet the exchange rate and inflation conditions for adoption, the OECD said this week. At the same time the organisation praised the annual assessment process the Czech authorities have put in place to guide the timing of euro entry. If this year's report advises against the first step - joining ERM II - in 2007, that would mean it is also against plans to join the euro as early as 2010, said the OECD.

Inflation up to 3.1 percent in May

Inflation growth in the Czech Republic accelerated to 3.1 percent last month, partly driven by higher prices of foods and vehcile fuels and in increase in lump sum costs for fixed line telephones. However, analysts say inflation probably peaked in May and should fall sharply in the summer.

South Korean car-maker Hyundai has finally set a date for the start of construction of its new plant in Nosovice, north Moravia. The first sod will be turned on December 10, the company said this week. Hyundai's first European plant should go into operation in October 2008. And staying with cars, Czech car makers and their subcontractors saw a 25-percent increase in year-on-year sales in 2005, the head of the Association of Automotive Industries said this week. Over 600,000 cars were produced in this country last year, and cars accounted for almost 20 percent of total exports.

So it is hardly surprising, then, that Skoda Auto was the country's biggest exporter in 2005, according to figures released this week by the Czech Top 100 association. The company's exports were worth over 6.5 billion dollars last year. The second biggest exporter was Unipetrol followed by the chemical group Agrofert Holding, coal company OKD and Siemens Group Czech Republic.

Meanwhile, Skoda Auto - which has just launched its Roomster model here in the Czech Republic - is to produce a small sports utility car based on its Yeti prototype. A spokesperson said the new vehicle would be aimed at young people. The company is also planning a new version of the Skoda Fabia, but not this year.

Czech distillers Rudolf Jelinek - famous for the plum-based Slivovice and other types of fruit brandy - saw revenues rise by a whopping 40 percent last year, according to figures released this week. Jelinek, which has a dominant position on the Czech market, said a lot of this increase was down to exports. The company, which was founded 70 years ago, sold over six million bottles of spirits in 2005, and expects sales to rise by 10 to 15 percent this year. 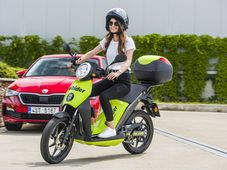