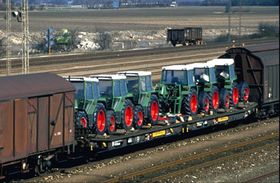 Photo: European Commission The Czech Republic showed a foreign trade gap of 1.2 billion CZK (around 55 million USD) in July, a year-on-year increase in deficit of 500 million CZK. The surplus was considerably higher than expected - analysts had forecast a gap of 200 to 500 million CZK. Trade in mineral fuels contributed strongly to the deficit, while exports of cars and machinery did well. Deputy Industry and Trade Minister Martin Tlapa said Czech foreign trade results were traditionally weaker in July, because of factory holidays at many Czech exporters.

The Czech Republic has fallen eight places to 45th in the rankings in the annual Economic Freedom of the World report. It monitors state intervention in the economy, support of businesses and the entrepreneurial environment in 130 countries around the world. The 2006 report says the number of activities in which the government interferes in the Czech Republic is on the rise. But it said freedom of trade has improved. As in previous years, Hong Kong topped the economic freedom rankings. 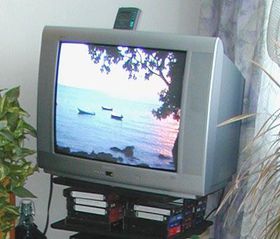 The future of digital television in the Czech Republic is up in the air, after a Prague court this week cancelled the award of digital TV broadcasting licences to six channels - on the request of the country's most popular station, TV Nova. The court's grounds for throwing out the licence decision was that it was too detailed and incomprehensible, said a member of the country's broadcasting council, which granted the licences. Nova had asked for four licences in the original process, but was rejected, as was another commercial analogue broadcaster, Prima. Analysts say a delay in the start-up of digital channels - originally expected in the first half of next year - will benefit current analogue broadcasters, because digital channels will raise competition.

The Czech carmaker Skoda has created a rugged, off-road version of its popular Octavia model. The Octavia Scout is a four-door, four-wheel-drive estate and Skoda is expected to use it as a stepping stone for the compact, sport-utility called Yeti, which could be released in 2007. The Scout will be formally unveiled at the Paris motor show at the end of this month, and goes on sale in the Czech Republic early next year. More than a million Octavias have been sold since the model was launched a decade ago.

Among the 100 richest people in the former communist bloc are three Czechs, Mlada fronta Dnes reported this week. Petr Kellner, the owner of insurer Ceska pojistovna and hire-purchasing firm Home Credit, ranks 20th in the list with 3.2 billion USD in assets. The two other Czechs in the top 100 are Zdenek Bakala, co-owner of coal mine OKD, and Patrik Tkac, co-owner of the investment group J&T.