2007 budget will be most dangerous ever, says senior CNB official

The vice-governor of the Czech National Bank Ludek Niedermayer this week launched a stinging attack on the planned state budget for 2007, saying he expects it to be the worst and most dangerous budget in years. While the last cabinet proposed a gap of 88 million CZK and the current one a gap of over 100 million CZK, Mr Niedermayer said in either case everyone will pay.

The Czech Republic this week lost its appeal of an arbitration ruling in favour of the Japanese bank Nomura. A Swiss court confirmed a ruling made by arbitrators in London in March - it said the Czech state had failed to protect Nomura's investment in the failed Czech bank IPB. Nomura is demanding huge compensation of 40 billion CZK (1.8 billion USD) from the Czech state, though a ruling on the amount of damages may not be made until 2008.

Spending on employment policy in Czech Republic among EU's lowest

Spending on employment policy in this country is close to the lowest in the European Union, according to data released by Eurostat. The Czech Republic puts 0.5 percent of gross domestic product into job creation and training for the unemployed - quite a contrast with the 4.5 percent invested in Denmark.

The Czech Republic must decide soon whether to build a third nuclear power station, if it is to avoid a power shortage in around 2020, a representative of state power giant CEZ said this week. Jiri Feist said the share of power produced by nuclear stations should grow to 42 percent in 2020, up from around a third at present. He said a quick decision was needed because it could take up to seven years to secure all the necessary permits. 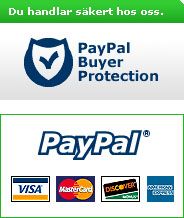 The PayPal system of internet payment now allows users registered in the Czech Republic, Poland and Hungary to receive payment. PayPal began allowing Czechs to purchase over the web last year. Its main use is buying and selling on the auction site eBay.

The biggest Czech lottery and betting firm Sazka is celebrating its 50th birthday on Friday. It was founded in 1956, nearly three years after the wind-up of previous state-run lottery organiser STASKA, which had replaced all private companies after the communist takeover of 1948. Sazka was privatised in 1993. The company said this week that it planned to enable cash withdrawals ( cashback) from its large chain of betting terminals from next year, as it bids to increase its non-lottery activities.

Less than third of Czechs have internet access at home 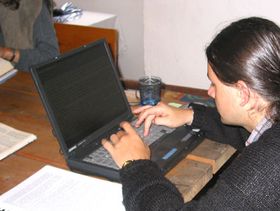 More than two thirds of Czechs over 15 (71 percent) don't have internet access at home, according to a poll carried out by Factum Invenio last month. As for computer ownership rates, the agency found that 41 percent of Czechs own a PC or notebook.