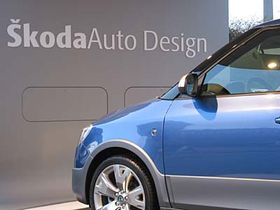 The Czech Finance Ministry has announced plans to offer financial support to regions which manufacture Škoda cars. The planned 1.4 billion crown package will be used to improve infrastructure in those regions, mainly with road building projects. According to the government, poor infrastructure conditions are preventing companies like Škoda from continued development in manufacturing areas of the country. Under the terms of a proposed agreement, the government will invest in the regions of Vrchlabí and Mladá Boleslav as soon Škoda formally confirms its plans to itself invest in those regions. 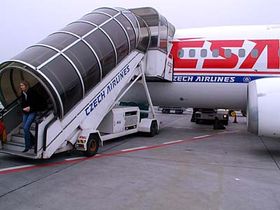 Troubled national carrier Czech Airlines is not only struggling with a decrease in premium paying customers, but also standard ones too. And now, high fuel prices are also taking their toll. A spokesperson for the company has acknowledged that rising fuel costs will cost the company hundreds of millions of crowns this year. An ongoing restructuring plan has led the troubled carrier to hope that it may turn in a profit this year, but the fuel price crisis may mean that the company again posts losses. A tender for the privatisation of Czech Airlines was issued this month, with rumours that the Russian airline Aeroflot may be interested in buying the company. There has been some good news for ČSA - the company recently retained its first place as the most reliable in Europe in terms of keeping to its departure times.

Czechs shopping for groceries in Germany

It is a situation that would have been unthinkable only a few years ago – in fact, the complete opposite was the norm, but now it seems, many Czechs are traveling to Germany to purchase cheaper groceries than they can buy in their own country. Czechs living in border towns near Germany are insisting that even with the added cost of traveling over the border, groceries can still be bought around twenty to thirty percent cheaper than in the Czech Republic. Meanwhile, Germans are no longer coming across the border to shop as much as they used to - now merely focusing their purchases on cigarettes, petrol and some Czech-specific food items. The flip around in prices can be partly attributed to the strong crown, though analysts predict that the situation will not last. 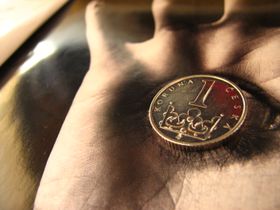 New figures released by the Czech Finance Ministry suggest that debts are increasing faster than savings for many Czechs. In 2007, Czech household savings grew by 10 percent to 2,300 billion crowns, while debts rose by around thirty percent to 774 billion. Despite the rise in debts, the figures clearly show that Czechs are still keen savers, with the Finance Ministry figures revealing that most of them have their money saved in current accounts or to a lesser extent pension funds rather than more complex options in the financial markets. Also, most of these debts are accumulating due to household-related investments, which is viewed as a positive sign. In comparison with other EU countries, the Czech Republic ranks among the states with the lowest ratio of household debt to GDP. 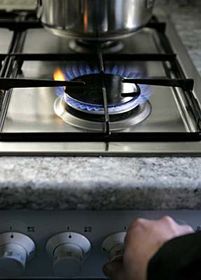 Photo: CTK Gas prices in the Czech Republic are set to rise by as much as fifteen percent next year. The biggest Czech supplier RWE Transgas is to raise prices by 9.6 percent. Another major provider E.ON is to raise prices by fifteen percent. Prices have already been steadily increasing for gas customers this year, by a figure of around seven percent. The reasons behind the price rises are actually connected to rising petroleum prices – as gas is often extracted as a by-product in oil fields.