In Business News this week: MPs debate draft budget for 2013; OECD cuts Czech growth forecast for this and next year; Prague Stock Exchange introduces new trading system; how much would ČEZ’s exit from Albania cost? Car maker Škoda to introduce four new models next year; and the east Bohemian town of Přelouč is ranked as the country’s best place for business. 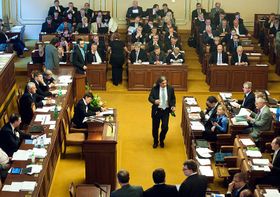 The lower house of the Czech Parliament, photo: Filip Jandourek The lower house of the Czech Parliament this week began debating a revised version of the draft state budget for 2013. The budget includes a series of tax hikes aimed at meeting the government’s deficit target of 100 billion crowns, or 2.9 percent of gross domestic product. However, tax legislation raising VAT rates by one percent and increasing income tax for the highest earners by seven percent is yet to be passed. If that is rejected, the deficit would increase by another 22 billion crowns. The opposition-controlled Senate will start a debate on the government’s tax legislation next week, while a final vote on the draft budget is scheduled for December 19. 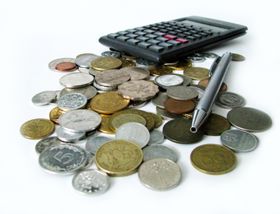 Photo: archive of ČRo 7 - Radio Prague The international economic organization OECD has cut its forecast for the growth of the Czech economy for this and next year. The OECD now expects a 0.9 percent contraction in the Czech Republic’s GDP in 2012, down by 0.4 percent from its previous estimate. Next year, the Czech economy will return to growth, according to the OECD; it predicts a 0.8 percent growth rate in 2013, down from an earlier forecast of 1.7 percent. 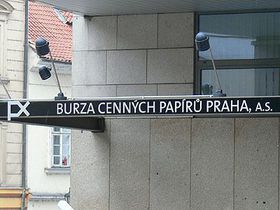 Photo: Marián Vojtek After months of preparations, the Prague Stock Exchange, or PSE, on Friday launched a new trading system called Xetra. The new platform enhances the number of operations and commands brokers can use, makes trading cheaper and also excludes trading with futures contracts – which will now take place in a different system. PSE CEO Petr Koblic said the new platform should attract new investors. However, the launch was not without hiccups – the system froze in the first few hours after its launch, due to a slow data feed. 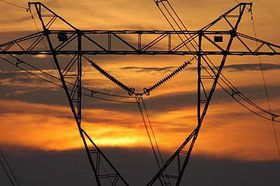 Photo: archive of ČRo 7 - Radio Prague The Czech energy giant ČEZ is considering making an exit from Albania. The firm reported a nine-month operating loss of 3.8 billion crowns due to disputes with the country’s government and unpaid bills from local companies. The ratings firm Moody’s said on Monday that an immediate exit from Albania would cost the Czech energy producer another 5 billion crowns; however, leaving the Balkan country would also save ČEZ the figure of around 4 billion crowns that the firm was going to invest there, Moody’s said. ČEZ management is expected to make a decision by the end of the year on whether it will stay in Albania.

Škoda Rapid, photo: Škoda Auto The Czech-based carmaker Škoda will introduce four new and three updated models next year, the weekly Ekonom reported quoting a member of the firm’s board of managers. The company is planning to introduce two new versions of its Octavia model, including a station wagon and a RS sports car. In August, Škoda will launch the production of Rapid Spaceback, a cross between a hatchback and station wagon. The company is also planning to give a facelift to its flagship cars Superb and Superb Combi as well as the SUV model Yeti. 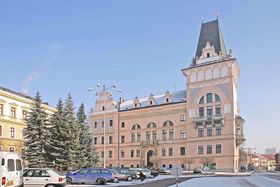 Přelouč, photo: Zp, CC 3.0 license The east Bohemian town of Přelouč has been ranked as the Czech Republic’s best place to do business in a nationwide survey held by the weekly Ekonom. The town, with a population of some 10,000, won thanks to its easily available workforce and business spaces, its potential in developing industrial areas and a good connection to the highway network, the organizers said. The jury also appreciated good levels of security in the town and efficient municipal administration. Humpolec, in the Vysočina region, was ranked second while another east Bohemian town, Dobruška, came in third. 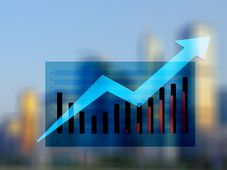