In Business News this week: the agriculture minister stops contracts worth a half billion crowns a study maps the role of foreign investors in domestic companies; truck manufacturer Tatra clinches an important contract in the Middle East; the national bank confirms a drop in the number of counterfeit banknotes and coins seized; a Czech insurance company maps how long it takes for an unattended bike to be stolen on the street. 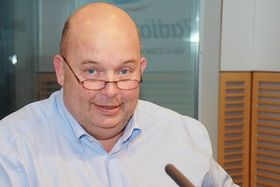 Miroslav Toman, photo: Šárka Ševčíková The agriculture minister, Miroslav Toman, has put the brakes on contracts worth a half billion crowns and submitted others for review, the ministry’s spokeswoman Dana Večeřová told internet website Dotyk on Friday. According to the site, which caters to tablet users, the largest deal stopped was an IT contract worth 210 million crowns. The projects fell under funding planned from 2013 to 2015 under former agriculture minister Petr Bendl. The former minister, she said, had planned on 40 million crowns being paid out to external legal services even though the ministry employs its own legal department. Photo: Klára Stejskalová A study compiled by Bisnode maintains that foreign investors control 42 percent of Czech firms’ total share capital. According to the study, the largest share of foreign capital in domestic companies, 90 percent, was registered in the automotive industry. Bisnode analyst Michal Řičař told the Czech News Agency that the most significant companies with foreign owners usually reported higher sales than the ten biggest Czech firms in the same field. Other sectors where the volume of foreign capital is significant include information technology, engineering, finances and insurance, and mining.

The Czech lorry maker Tatra truck, it was announced this week, signed a contract worth 4.5 billion crowns to supply vehicles and production equipment to the Middle East. It reportedly took almost three years to seal the deal; the company’s Radek Ivaniskin called the contract one of the company’s “most significant”. Tatra truck spokesman Andrej Čirtek said additional details could not be disclosed at the wishes of the client. Tatra is a traditional lorry producer which was put on auction earlier this year after suffering major debt. Its value was set at more than one billion crowns. It was bought in April by Jaroslav Strnad, who owns a 65 percent stake and Promet Tools, owned by Rene Matera, which owns the remainder. Tatra plans to produce 880 vehicles in 2013; last year it sold 531. 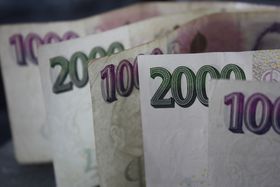 Photo: Barbora Kmentová There has been good news regarding counterfeiting: the Czech National Bank announced earlier that the number of fake or altered banknotes in the country had dropped 43 percent in annual terms. In the first half of the year, 1,349 fake banknotes or coins were seized; 956 notes or coins were in crowns, the Czech currency, a drop from 2,011 during the same period last year. A total of 2.17 billion notes and coins were in circulation in the country at the end of 2012, their value amounting to 422.7 billion Czech crowns. There was one fake per every 100,000 banknotes. Compared to the euro, the number of counterfeit crowns is three to four times lower. 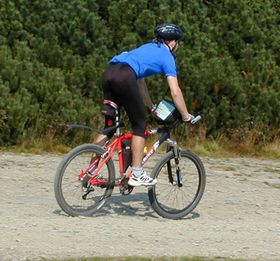 Illustrative photo: archive of Radio Prague A study by Czech insurance company Česká pojišťovna suggests that on average it takes less than two hours for unlocked bicycles to be stolen on Czech streets. The company recently left bikes unattended in 14 towns and cities; the aim was to draw attention to the importance of theft insurance. The incidents in which bikes were taken were timed and captured on camera. The quickest theft took place in Hradec Králové, where the bike was stolen in just four minutes. In Prague, the unlocked bike disappeared after an hour, in Brno after 26 minutes, and in Ostrava in 52 minutes. By contrast, bikes left unlocked in České Budějovice, Jihlava and Pardubice were untouched; the insurance company is donating those to charity