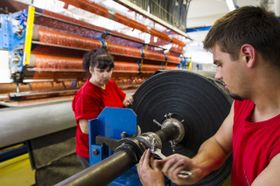 Photo: CTK The Czech Republic’s manufacturing sector improved last month, according to the latest Purchasing Managers’ Index. In October, it reached 54.5 points, the highest value since early 2011. The index relies on monthly surveys of private sector companies. It saw growth in all categories, including the volume of new orders, production and employment levels, said Markit Economics, which issues it. Analysts say the relatively high value of the PMI suggests a solid economic recovery in the Czech Republic.

Czech mortgage market up by 25 percent this year: ministry Photo: Jiří Němec The Czech mortgage market has grown by over 25 percent this year, according to data from the Regional Development Ministry released this week. In the first three quarters of 2013, Czech banks provided more than 69,000 mortgages to individuals, companies and municipalities worth nearly 130 billion crowns. This is nearly one third more than the figure seen in the same period last year. The market’s growth accelerated in the third quarter. According to analysts, it could exceed 140 billion crowns by the end of year, beating a record set in 2007. 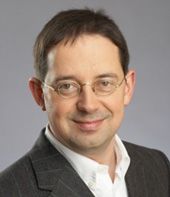 Christoph Mainusch, photo: archive of CME The media company CME is taking steps to improve the performance of its Czech broadcast operation TV Nova. Once the local market leader, TV Nova posted revenues of around 39 million US dollars in the first three quarters of the year, a 24-percent decrease on the same period in 2021. CME is sending its co-CEO Christoph Mainusch to take over its Czech operation after the previous boss, Jan Andruško, announced his departure earlier this month. This week, CME posted an overall loss of 173.3 million US dollars after tax between January and October 2013. 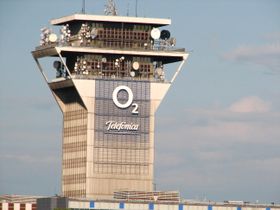 Photo: Kristýna Maková Prague Municipal Court on Thursday rejected Telefónica O2’s request for a preliminary injunction to halt a planned re-run auction of 4G mobile frequencies. Telefónica O2, the largest mobile phone operator in the country, objects to the rules of the auction, organized by the Czech telecommunications regulator. Among other issues, the firm protests the regulator reserving part of the frequencies’ spectrum for a new operator. Telefónica O2 considers this illegal public support and has lodged a complaint with the European Commission. Another operator, Vodafone, has also protested against the rules of the auction, which will start on November 11. 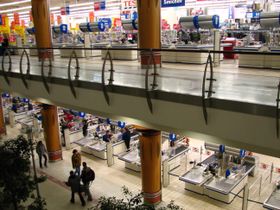 Photo: Kristýna Maková Around 20 percent of Czech large and mid-sized shopping malls face problems over low numbers of both shoppers and tenants, according to real estate consultancies Cushman & Wakefield and Jones Lang LaSalle. Some malls are oversized for their locations, have inconvenient and complicated layouts and face too much competition; others are not easily accessible and are located in economically depressed regions, the consultancies said. The firms however believe there is room for new malls on the market, mainly in Prague and other cities that have not yet been saturated. There are now 90 large shopping malls in the Czech Republic, 19 of them in the capital.