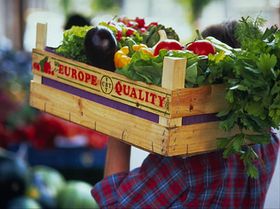 Photo: European Commission Agriculture Minister Marián Jurečka has pledged assistance to Czech food producers affected by Russia’s retaliatory sanctions. Mr Jurečka however did not specify possible forms of assistance, and said these would only be drawn up after details of the sanctions become available, and after the EU reacts to them. The Czech government is to discuss the impact of the sanctions later on Friday but PM Sobotka earlier suggested that any compensation for Czech producers should be dealt with within the EU’s common agriculture policy. The Czech Republic last year exported some 2.4 billion crowns worth of agricultural products to Russia.

Photo: ČT The Czech economy added 11,000 new jobs year-on-year in July, bringing the total number of vacancies to more than 51,000, the highest number in five years, according to figures released by the Labour Office on Friday. However, the number of job seekers in July totalled more over 541,000 with the unemployment rate remaining at 7.4 percent. Most analysts, who expected a slight increase in unemployment levels according to news agency ČTK, believe an improved performance of the Czech economy will continue to positively affect the labour market in the coming months. 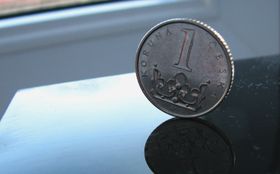 Photo: Štěpánka Budková The Czech crown this week fell to a five-year low against the euro when it traded at 27.84 crowns per euro on Thursday. The crown has also weakened against the US dollar when it sold at 20.83 crowns per dollar. Analysts say the crown has weakened along with other central European currencies including the Polish zloty and the Hungarian forint; it has also been affected by recent declarations by the Czech central bank which said it would continue its foreign exchange interventions against the crown until 2016. 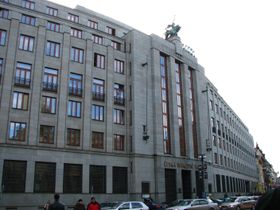 Czech National Bank, photo: Kristýna Maková The Czech National Bank is moving to curb the outflow of capital from Czech subsidiaries of foreign banks, the news website ihned.cz reported this week. The central bank is setting up a team of 20 to 30 officials that should analyse any discrepancies uncovered by the bank’s inspectors. The National Bank is concerned that some foreign banks which have posted massive losses this year could turn to their Czech subsidiaries to increase their capital balances. Last year, the banks Česká spořitelna, ČSOB, Komerční banka, Raiffeisenbank and UniCredit sent their owners some 29 billion crowns. 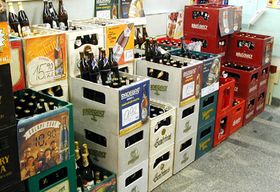