In this week's Business News: Fewer companies announce mass layoffs in January than the previous year; in a working paper, the EC says the state of public finances has improved; the minimum monthly wage in the Czech Republic is one of the lowest in Europe. Photo: suphakit73 / FreeDigitalPhotos.net Eleven firms announced mass layoffs in January affecting a total of 296 employees, the Czech labour office has revealed. Most of the layoffs are situated in the regions of Moravia-Silesia and the Czech capital, while the highest number of expected layoffs in coming months will be in Ústí, in North Bohemia, according to the office. The January layoffs are lower than in December and dropped six percent year-on-year: in the same period in 2014, 581 more employees were let go. The layoffs are largely the result of improving effectivity at companies. Jobs affected were in administration, sales, manufacturing and other areas. 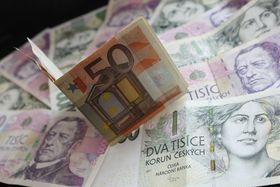 Photo: Barbora Kmentová The overall state of public finances in the Czech Republic has significantly improved, the European Commission reports in its working paper, releasing results earlier than was the case in the past to promote greater debate. The final results are expected in May or June. Seen as positive in the Czech Republic are improved employment figures as well as a greater effectiveness in drawing EU funds. But a number of outstanding problems remain. One of the criticisms is the lack of transparency in public institutions and alleged corruption; also criticized were high costs in the pension, health care and tax systems.

Minimal monthly wage one of lowest in Europe 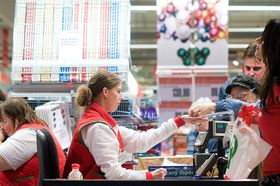 Photo: Tomáš Adamec The minimum monthly wage paid to employees in the Czech Republic is nothing to cheer about, one the lowest in Central Europe, according to the European statistics office, Eurostat. According to the office, the Czech minimum monthly wage is lower than in neighbouring Slovakia and Poland as well some of the Baltic states and some of the countries from the former-Yugoslovia, amounting to the equivalent of just 332 euros per month. For comparison, the minimum monthly wage in Slovakia is 380 euros, it is 791 euros in Slovenia and 1473 in Germany. The findings are based on the latest numbers in January. 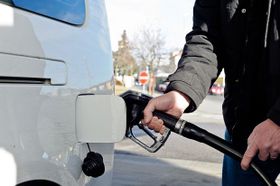 Photo: Khalil Baalbaki The Czech Republic produced a record 220,000 tonnes of FAME (Fatty acid methyl esters - a component of biodiesel) last year, the Czech News Agency has learned. The last time the numbers reached similar levels was in 2011, but production had declined every year since. Production in 2013, for example, was 23 percent lower than last year. The head of the Association for Biodiesel Production, Petr Jevič, told ČTK one of the factors spurring production numbers was a requirement for fuel distributors to lower greenhouse gas emissions by two percent, effective as of January 2014. 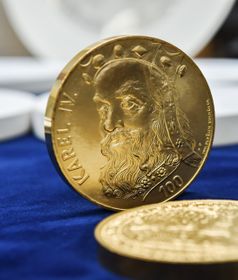 Photo: CTK The Czech Mint in Jablonec nad Nisou has struck a massive one kilo commemorative gold coin in honour of late Czech artist Oldřich Kulhánek, who would have turned 75 this year. The coin, which will cost buyers 1.5 million crowns, features the likeness of Holy Roman Emperor and King Charles IV (the same image as an the country's 100 crown note) and the seal of Charles University. Kulhánek, who died in 2013, designed all of the Czech Republic's current banknotes. 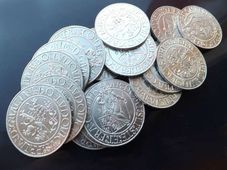