In Business News This Week: Czech economy grew by 4.4 percent in the second quarter of 2015; number of payment cards issued in country reaches 11.135 million; grain harvest down by 4.3 percent year-on-year; Czechs prefer Google Chrome over Internet Explorer; sale of illegal cigarettes in Czech Republic among lowest in EU.

Czech economy grew by 4.4 percent in the second quarter of 2015 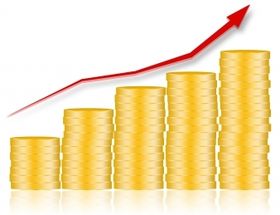 Illustrative photo: FreeDigitalPhotos.net The Czech economy grew by 4.4 percent in the second quarter of the year, compared to the same period last year, according to preliminary estimates released by the Czech Statistical Office on Friday. Compared to the previous quarter, the country’s Gross Domestic Product grew by 0.9 percent. In both cases the results exceeded the expectations of analysts, who expected a year-on-year increase of three percent on average and a drop by 0.3 percent compared with the first. According to the Czech Statistical Office, it is the biggest year-on-year increase since the last quarter of 2007, when GDP increased by 5.3 percent. Photo: Kateřina Křenová The number of payment cards issued in the Czech Republic during the first six months of 2015 grew by 107,000 to 11.135 million, according to the Bank Card Association. Bank clients currently own 8.89 million debit cards, over two million credit cards and nearly 250,000 charge cards. Last year also saw a significant increase of touch and go payments. According to Bank Card Association head, Roman Kotlán, nearly 70 percent of all payments were carried out that way. The amount people are willing to pay for with a card has fallen from last years’ average of 207 crowns to 185.

Grain harvest down by 4.3 percent year-on-year 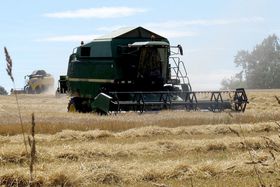 Photo: Jan Rosenauer The Czech Republic’s grain harvest will be only 4.3 percent lower than last year’s record yield, according to an estimate from the Czech Statistical Office. The harvest of rapeseed is expected to drop by 21.4 percent, while the yield of poppy seed should grow by 2.3 percent. The harvest of crops is now culminating although nearly 85 percent of crops have already been brought in. Contrary to expectations, this year’s yield of crops and rapeseed has not been affected by the current drought. According to the most recent estimates, the yield of grain will reach 7.6 million tonnes and the harvest of rapeseed 1.2 million tonnes. 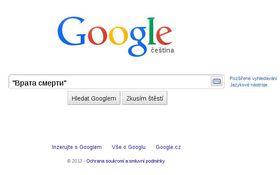 The use of the Google Chrome browser in the Czech Republic exceeded Internet Explorer for the first time in 2014, according to data released by the website Rankings.cz. Chrome is now used by 31 percent of Czech desktop computer users while Internet Explorer has nearly a quarter of the market share. The use of Firefox has fallen from 27 to 23 percent. Only 10 years ago, Explorer dominated the web browser market across the world with 90 percent of users, but the share of Chrome has been gradually increasing since its introduction in 2008.

Sale of illegal cigarettes in Czech Republic among lowest in EU 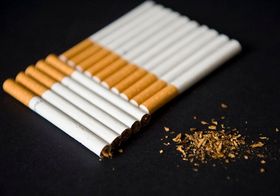 Cigarette consumption in the Czech Republic dropped by more than 60 million over the past year, Czech Radio reported on Tuesday, citing…