In Business News this week: Many companies are not happy with the new minimum monthly wage rate; Regional Development minister says Czech Republic could fail to draw 50 billion crowns in EU funds; Škoda Auto rated most dependable car maker in British report; up to 1,500 small and mid-level Czech businesses can benefit from Juncker package; construction companies say there are not enough skilled labourers on Czech market. 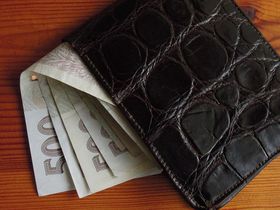 Photo: Prokop Havel Employers are less than happy with the monthly minimum wage rate being raised by 700 crowns as of January next year, saying the rise could affect firms' competitiveness and lead to lay-offs. The government took the step to raise the minimum monthly salary to 9,900 crowns. Employers had recommended a rise of 500 crowns instead - a difference of two hundred. The Czech Chamber of Commerce has warned that the rise could negatively affect firms in sectors which are stagnating such as the textile industry or security. A poll conducted by financial daily Hospodářské noviny suggests that 70 percent of businesses were against the rise. 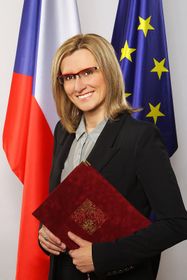 Karla Šlechtová, photo: archive of the Ministry for Regional Development The Czech Republic could lose between 36 billion and 50 billion crowns in EU funds for projects in 2015, the Minister for Regional Development, Karla Šlechtová revealed on Thursday; she stressed that that was in the worst-case scenario. Earlier, the ministry rejected an assessment by the Supreme Audit Office that the number could reach 105 billion - suggesting the estimate was old and that the ministry was working with a much lower variant. Minister Šlechtová said the latest analysis of drawing of subsidies from EU funds had revealed a "positive shift". The main factors that the estimates take into consideration are the accumulation of expenditures at the end of the programme period, delays in some administrative procedures and problems related to the Environmental Impact Assessment (EIA), she said.

Škoda rates as "most dependable car maker" in British study 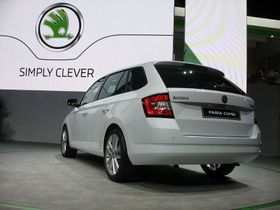 Photo: Petr Jansa The Mladá Boleslav-based Škoda Auto now ranks as the most dependable car brand in Great Britain, according to the last annual J.D. Power Vehicle Dependability Study (VDS), the manufacturer said in a press release on Thursday. South Korean car maker Kia finished second, while Japanese manufacturer Suzuki was third. The study polled owners of cars manufactured over the last three years and catalogued their experience. How companies scored is based on problems experienced per 100 vehicles and Škoda posed the fewest. All Škoda models ranked above average, with the Fabia ranking third in the supermini class, Škoda Auto elaborated. Britain is the second most efficient market for Škoda Auto in Western Europe, and it is the fourth most powerful market in the world. In the first six months of 2015 the carmaker sold more than 41,000 vehicles in Britain, approximately the same number as last year. 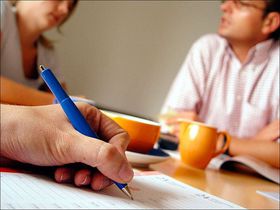 Photo: Carl Dwyer / freeimages Domestic companies will get the chance to use money from the Juncker package for the first time in the coming two years, an amount totaling the equivalent of 4.4 billion crowns, the Industry and Trade Ministry announced this week. The Czech guarantee and development bank CMZRB has agreed with the European Investment Fund on further support to small and medium-sized Czech businesses. CMZRB will support loans for up to 1,500 small and mid-sized companies. It will provide guarantees for investment loans and loans for getting operating reserves up to the aforementioned amount. Eligible applicants will be companies with fewer than 50 employees. 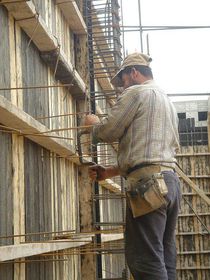 Photo: Mohammed Shaker / freeimages Two-thirds of construction companies on the Czech market have cited a lack of skilled workers as a continuing problem - with larger companies suffering the most. Firms estimated earlier already that more than 50,000 people lost jobs in construction over the past years due to the economic crisis. Almost a third of companies said they had problems filling specialized positions while 37 percent said it lacked staff in general. Jiří Vacek, the director of CEEC Research, confirmed that Czech construction lacks technicians, machine operators, bridge builders, qualified people for work on railways, as well as plasterers, masons, electricians and other personnel.