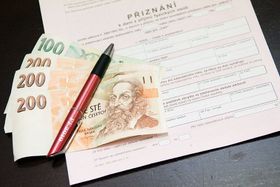 Photo: Tomáš Adamec The Czech Ministry of Finance headed by businessman Andrej Babiš is showing exceptional clemency towards companies. Last year the ministry pardoned unpaid tax totaling almost 6.0 billion crowns and forgave interest and penalties amounting to 5.0 billion. Those figures represent jumps of around 200 percent and more 150 percent respectively. Authorities say one of the reasons for the increase is a change in the European rules for clawing back funds. 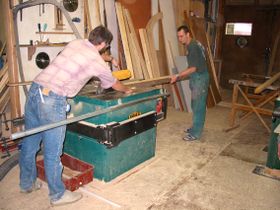 Photo: archive of Radio Prague The Czech furniture sector is expecting a record year for sales this year. The Czech Association of Furniture Makers says turnover this year should total around 43 billion crowns, around 3.0 billion more than in 2014. Around half of Czech production is exported with the biggest buyer neighbouring Germany. But imports, mostly from Poland and China, account for almost half of furniture sales on the domestic Czech market. 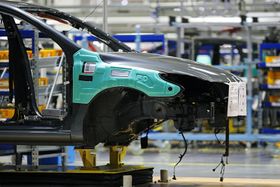 Illustrative photo: Tomáš Adamec Japanese car components producer Tsubakimoto has chosen the Czech Republic for its first European factory. The company is investing around 440 million crowns in a plant near the central Bohemian city of Kolín for producing timing systems for car engines. Production at the plant should start in 2017. Tsubakimoto will be the fourth Japanese investor attracted to the industrial zone on the outskirts of Kolín. The Japanese company looked at other investment possibilities in the region including Slovakia. Photo: archive of Kofola Czech-Slovak drinks company Kofola this week made its debut on the Prague Stock Exchange. It has been given what is termed a “technical listing” with no shares as yet changing hands. The latest move follows the switch of the drinks’ company headquarters from Warsaw to Ostrava. And the listing raises expectations that Kofola shares will be fully launched and trading on the Prague Stock Exchange by the end of the year. A prospectus paving the way for the launch of the shares has already been cleared by the Czech National Bank. Kofola is one of the leading non-alcoholic drinks companies in Central Europe. Photo: Tomáš Adamec Telecommunication company O2 is playing hard ball over the rights to screen top football games from the Champions League in the Czech Republic. It won an order from a Prague court this week demanding cable companies black out images of the top games shown on foreign television channels available in the Czech Republic. O2 won the rights to screen most of the top football games on its television and cable channels for this and the next two seasons, sharing a few games with Czech public service broadcaster Czech Television. O2 is owned by the PPF company of richest Czech Petr Kellner.