Inversion and smog had Czechs gasping for fresh air

Unusually high levels of smog forced many residents in the Czech Republic's industrial regions and bigger towns and cities to stay indoors for several days last week. In the Moravian town of Karvina, for example, dust levels were ten times higher than usual. The elderly, children, and people with asthma or other health problems had breathing difficulties. Many who could, escaped to the country. 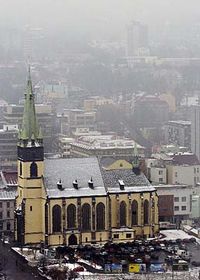 Usti nad Labem, photo: CTK Imagine waking up one day to a mobile phone text message which reads: "Please be warned of a high concentration of air pollution; we advise you to stay indoors and only go outside if absolutely necessary." This is how the local authorities of the northern town of Usti nad Labem warned its residents. But Usti is not the only city, where high levels of smog have been setting off alarm bells. Ostrava, Brno, Olomouc and some parts of Prague were in the same situation.

The problem is what meteorologists here call "inversion". In very simple terms, it is when cold air stays close to the ground and warmer air lies on top of it. The colder air is trapped like the contents of a pot under a lid. This would not be such a problem, if the cold air were not polluted, as Lubos Nemec from the Czech Hydrometeorological Institute explains:

"Inversion itself is not dangerous to our health but the problem is that we produce too much waste. During inversion, we are forced to breathe in the dust, smoke, exhaust fumes, and other waste products because the polluted air has nowhere to escape to; it cannot disperse into the atmosphere as it would normally." 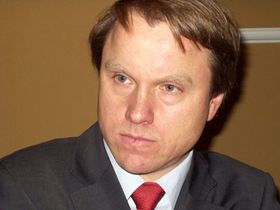 Martin Bursik Last week's smog scare was all over the Czech press which asked: "Back to the 1980s?" At the time, many residents of the north Bohemian and Moravian industrial zones were used to such conditions. Doctors advised them to take in large amounts of Vitamin C, stay indoors, keep all windows closed, and avoid any strenuous sport. Then, the Communist regime fell, numerous factories and mines closed down, power plants were cleaned up, and residents were able to breathe cleaner air. Martin Bursik is the head of the Czech Republic's Green Party and former environment minister. So, what's behind the high levels of pollution today? 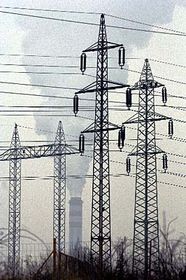 Photo: CTK "We can observe negative trends mainly in transportation because there is no policy that regulates it or promotes low emission cars, alternative fuels, bio-fuels, or condensed natural gas. We have a huge problem with the increasing number of lorries that transit the Czech Republic from south to north and east to west. Besides this there is a problem with household heating. That's the main reason for the smog this winter season because the prices of natural gas have increased and the logical reaction of the public mainly in the villages is that they burn any source of energy that they can find."

When it comes to waste, ordinary Czechs have become much more conscious of their environment, compared to a decade ago. Recycling bins, for example, are full to the brim and many households now prefer glass to plastic. But Czechs are only environmentally friendly when it suits their wallets. As of this year, more ecological ways of heating have become more expensive. In an attempt to save costs ever more homes are using their fireplaces and less environmentally friendly sources of heat like coal and wood. Petr Kopacek is the spokesman for the Czech Fire Brigade:

"You'd be shocked to see what some people burn just to get some cheap heat. They use petrol, for example. But what is completely unacceptable is that their boilers or fireplaces serve as dustbins for waste. This should never ever be the case."

Gas and electricity bills will continue to rise this year. On the one hand it might encourage people to be more sparing in energy consumption, but on the other the danger is that the move back to more pollutant fuels will continue.

But some Czechs at least have benefited from the inversion. Those who spent time up in the mountains had excellent weather conditions - the sky was clear and the sun was shining.