Czech scientists from Masaryk University in Brno recently returned from their annual expedition to Antarctica. For the first time this year, they conducted their research at two different locations: the Czech polar base on James Ross Island and also at the newly acquired base on Nelson Island.

Nelson Island, photo: archive of Masaryk University in Brno This week, I met with Dr Pavel Kapler, who headed the nine-member team to Nelson Island, and I first asked him why there were two separate expeditions dispatched this year:

“After many years of negotiations the Masaryk University as a host of the Czech National Antarctic Programme managed to take control over this site on Nelson Island. That’s why we now have the opportunity to carry out research in two separate places in Antarctica.”

The station you are talking about was built by a Czechoslovak traveller Jaroslav Pavlíček. Can you tell us a bit more about the history of this station?

“The EcoNelson station, which was a name Mr Pavlíček used for the facility, was built 30 years ago and at the time, ad at the time, the Czech Antarctic Law didn’t exist.

“He was responsible for the operation of this station for 30 years and after 30 years he devoted this facility to the Czech Antarctic Foundation, a private body established to support Czech Antarctic and Artic Research.

“So currently the station is renamed. It is not called EcoNelson anymore, it is CzechoNelson and it is owned by Czech Antarctic Foundation and operated by the Masaryk University as part of the Czech Antarctic Research Programme.”

Can you tell us a bit more about the Nelson Island? In what way is it different from the James Ross Island and in what way will the research be different?

“Antarctica is really addictive and you can’t resist going there again.”

“From the climatological point of view, and climatology is the most important field of our scientific work in Antarctica, these two islands are in very different parts of Antarctica.

“Nelson Island is part of the Archipelago of South Shetlands and it is very humid, because it lies in the warmest part of Antarctica, on its northern edge.

“James Ross Island is on the other side of Antarctic peninsula, on the transition to the continental climate. It means it is much less humid and also the temperatures are different.

“Therefore also the impact on the local ecosystem and the impact of the climate change are different. So our main goal for the future is to carry out some comparative studies.”

How long did you spend on the island and what was the main purpose of your visit?

“The main goal of our expedition to the Nelson Island was to clean the site. After 30 years of operation there was a large waste deposit from its operation and also from the sea. 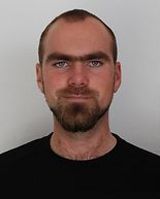 Pavel Kapler, photo: archive of Masaryk University in Brno “The sea currents in this part of the world are very strong and they carried a lot of garbage to the beaches of the island. The Southern Ocean is the cleanest of all oceans but it is still part of the larger oceanic system. It serves as a very good record of how the human civilization is polluting the globe.

“The previous users of EcoNelson collected all the garbage from the sea and from the coast and the deposit driven here by the sea currents was really impressive.

“So our main goal was to clean the site as a first step of the reconstruction of the base. In the future we will probably continue in this reconstruction to establish a basis for scientific research and for accommodating scientists.

“We also focused on some preliminary studies, especially in the fields of ornithology and plant physiology and botany.”

What does the waste that you collected what did it reveal about the global ocean pollution?

“Unfortunately we don’t have a record about the precise amount or time or place of origin of the waste, so we cannot really say too much. However, the amount of the waste we removed from the island was almost 11 cubic metres, which was a lot of mess. Therefore we can say that the Earth is really endangered.

“It was mainly floatable rubbish, so a lot of polystyrene, a lot of plastics of course, part of boats and fishing nets and a lot of other light waste, often from really strange and distant locations.”

As always, Masaryk University has also dispatched an expedition to the James Ross Island. What was their main focus of research?

“The amount of the waste we removed from Nelson Island was almost 11 cubic metres.”

“We already have 15 years of scientific work on the James Ross Island and long-term monitoring has always been the main purpose of our expeditions there.

“But we are also trying to introduce some new disciplines. This year it was microbiology focused on the attempt to gain some new information about micro-bacteria possibly producing antibiotics.”

“That’s true. This year was very specific for the Czech Republic and its Antarctic research. Members of our programme took part in the Turkish and US Antarctic programme and they were also part of the Chilean expedition and many others. So the collaboration on the Antarctic research is getting wider and wider.

“There is no coincidence that this year Prague will be hosting the 42nd annual meeting of the Antarctic treaty, the biggest Antarctic event of all times.

The member states of the Antarctic Treaty are hosting this event once in many years. This is the first time the Czech Republic is hosting the meeting.”

You travel to Antarctica during the polar summer. How long does it last there and what were the conditions like there this year?

“The Antarctic summer is very short. It usually lasts from December to February. This year was a bit colder than usually. This is not contrary to the Global Warming. It is an evidence of extremes brought by the Climate Change.

In case of Nelson Island, temperatures were not exceeding three degrees of centigrade, which is really unusual for this place. It was very positive for our filed work because it means less rain. We expected more rain but it was just snowy.” 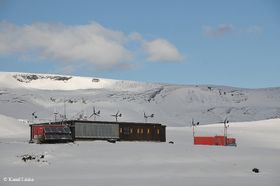 Gregor Mendel station, photo: Kamil Láska / Masaryk University in Brno It was your ninth expedition to Antarctica. Does it still surprise you? Are you still looking forward to visiting that part of the world?

“Absolutely. On one hand of course after nine expeditions it is starting to be just work, but it is still the most amazing work in the world.

“Antarctica is really addictive and you can’t resist going there again and enjoy all its features. It can definitely surprise you each year with something new: new challenges as well as new problems. But this year was very smooth, at least on Nelson Island, so we were very happy.” 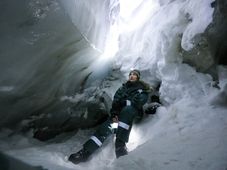 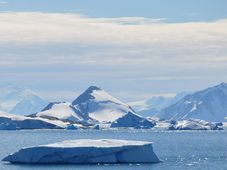 For the first time in history, Prague is hosting the Antarctic Treaty Consultative Meeting, an annual conference focused on environmental conservation,… 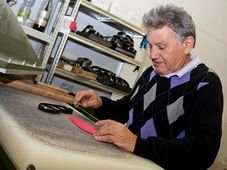 A biggest group ever of Czech scientists, including nine women, are heading for their annual expedition to the Czech base on James…