A new project run by a team of foreigners living in Prague aims to map ethnic restaurants in the city. The Czech Friendly team pinpoints authentic family-run foreign restaurants, pop-ups and food trucks and present them through a printed map and a mobile app. It also collects the best authentic recipes and presents the life stories of the places’ owners. I spoke about the project with Ekaterina Kokkalou, who is a part of the Czech Friendly team: Photo: archive of Czech Friendly "Czech friendly is a way to explore intercultural Prague through food. Why we decided to do it through food? Because we think that people are not open to a multicultural dialogue and they don`t like to have serious talks about multiculturalism. We think that it is much more easier for them to explore food of different nations and this way understand their cultures.

"Czech Friendly is a webpage, where you can find an interactive map of ethnic restaurants, you can find life stories of the owners, you can find the best recipes from their places and you can also find various events, such as community cooking or intercultural lunches.

"As for the main aims, I would say it is in the first place to create a space where people from different cultures can meet Czechs but also migrants from different countries can meet each other. The whole idea is to be around the table and to be connected by food because food connects people."

Can you tell me a little about the history of the project? How did it all start?

"I have been part of a fellowship of VIA fund and during the I got acquainted with a friend of mine, an activist from Bulgaria. They have a similar project call Multi-culti, which I really like. So I asked the owner of the project if we could do something similar.

"And then in summer, of last year, a student of University of New York in Prague asked to take an internship with us and he started to co-develop the project with us. So from summer 2016 we started slowly to develop a pilot version of the project."

How many people are there on your team? 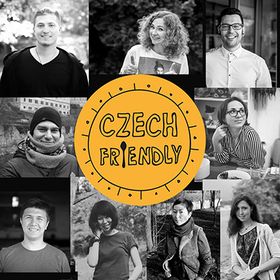 Photo: archive of Czech Friendly "We have from the people who started people we have around nine of them and they are from different countries."

So how do you actually chose the places?

"The project is currently still running in its pilot version so the first restaurants and bistros were selected through people we know, who gave us their recommendations. Afterwards we visited the restaurant, talked to the owner, asked about their story, tried their food and since it is Czech Friendly, another criteria is that it has to be friendly to Czechs as well as to migrants from different countries.

"So this way we chose the three main places. In the future, we expect to have around 30 to 50 places in the database. It will not include all the ethnic restaurants in Prague, but only the authentic places where the owners are ready to share their story."

What was the initial reaction of the owners when you approached them and where they willing to open up to the public?

"With the restaurants included in the pilot version, the owners were willing to share the story and they liked the idea. The videos are available on the website of Czech Friendly, so you can already check it out."

Is there any place that you found particularly interesting? 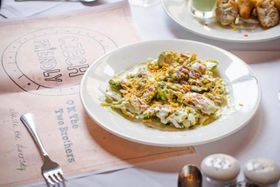 Photo: archive of Czech Friendly "I liked all of them, but my favourite is cK The Two Brothers. It is an Indian restaurant but the concept is totally different from other Indian places, which are usually Bollywood inspired. This guy is from a different province and he wanted to change the perception of how people see India just like a poor country.

"The restaurant looks like a palace, because he wants to show people that India can be tasty. The recipes come from the Royal Family and when you go there you really feel like being part of the Royal Family, because the customer service is amazing.

"The food is also amazing, I never tried anything like that in other Indian restaurants and the owner is also treating all the people who work there like a family. So when you go there, you fell totally embraced by the warmth of the owner."

The project is now in its pilot version, so what kind of information is now available to the public?

What is available to the public at the moment is Instagram, where you can see small articles. We also have Facebook page with photos and videos from the pilot version. There are also some recipes already available on Facebook. The website is now in the phase of microsite.

"All of this will start to change in September, when we will have a team of people who will fill in the database on a voluntary basis. So I would say the public can see some new development as of September."

Have you thought of exporting the project beyond the borders of Prague? 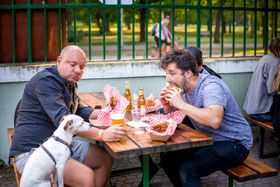 Photo: archive of Czech Friendly "When we anounced that we wanted to do this project, we had a fedback from some people from Brno, who also wanted to try it. I think it would be great for Brno as well, because they have a lot of foreigners studying at the universities. But i think that in order to export it, we first have to show that it works. It is intended for all open minded Czechs and we expect that most of them speak English. The second group we are aiming at are migrants who are living here, because even migrants are using stereotypes against each other and are quite racist to each other. So when thinking about which language to use, we thought English would be much easier at this point. However we are planning to have both English and Czech version in the future.

Finally, would you say Czechs are learning to appreciate multiculturalism?

"I would say that since eight and a half years ago, when I arrived in this country, it has been slowly improving. I understand the current situation. I know that the Czech society, in comparison with other countries, is more homogenous. This is the way it is.

"I know that what works for multiculturalism is personal experience. If you have a friend let`s say from Jordan, you have a totally different impression of Jordan, especially if you share food together. But if you don`t know anyone from there, you will base your thinking on stereotypes. This is how our brains work. So that`s the reason why we created this project: to help people get rid of the stereotypes and to see that we are all people."