National Museum searching for early Czech sound recordings in US

Few people in the Czech Republic know that a significant chapter in the history of early Czech sound recordings was written by Czech immigrants in the United States. For several years now, Filip Šír from the National Museum in Prague has been searching for the lost recordings and the stories of the people behind them. Last year, he published his findings in a book called Bohemia on Records, written together with music collector Gabriel Goessel. But he says there is still much more waiting to be discovered. 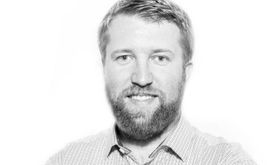 Filip Šír, photo: archive of National Museum One of the songs he discovered is Barbora, recorded in 1903 in New York by Czech jeweller Ed Jedlička, one of the Czech sound-recording pioneers in the United States.

Ed Jedlička’s recording studio released some 500 different recordings on fragile, two-minute wax cylinders. About forty of them were discovered in the Library of Congress in Washington D.C.:

“In the 1980s, Gabriel Goessel found out that someone saw the cylinders in the Capitol Hill, in Washington DC, in the Library of Congress. For about two years, I was looking into it, but they had no idea where the cylinders were.

“After two years of searching, they discovered that somebody in the 1980s digitalized them on the magnetic tapes. They actually discovered the tapes, but not the original cylinders.

“So they sent us digital copies, so we could listen to them for the first time ever. We found out that Ed Jedlička was not only pressing and publishing these cylinders, but that he was also singing.”

Oldest Czech recordings made in the United States 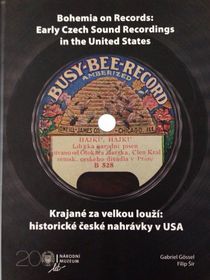 “We think that the recordings on the cylinders are from 1898 or 1899. We could never come across them here, because the oldest Czech recording is from 1891 from the Jubilee Exhibition in Prague.

So these are the oldest recordings for Czechs in the United States. The numbers of the cylinders are one, six and ten, so they really the oldest ones.

“They are now in the Iowa Music Library awaiting digitization. So we will be happy to grab the content and listen to what is there.

“By the way the number one cylinder is ‘Where is my home’. So it might be the oldest recording of what later became the Czechoslovak National Anthem.”

At the time when Ed Jedlička released his first songs on wax cylinders, a commercial sound recording industry did not even exist in the Czech lands.

The first commercial recording of Czech songs took place in Prague in 1902, while in the United States it was in May 1889, in the Edison Studios, says Mr Šír:

“Between the years 1900 and 1929, there wasn’t any Czech record label company. In 1929 and 1930, Esta and Ultraphone were established as Czechoslovakian record label companies. However, this is almost 30 years after the first recordings in the United States.

“Another problem with the Czech recordings produced by big Austro-Hungarian companies, such as Gramophone and his Masters Voice, was that they were in fact produced in Berlin and Vienna. Photo: Repro 'Bohemia on Records: Early Czech Sound Recordings in the United States' “Some of those companies would send their sound engineers to Prague or Brno, but they only did a very small number of records.

“Meanwhile, on the opposite side of the ocean, in the United States, they started very early with the so-called ethnic recordings.”

The ethnic recordings were intended for the growing immigrant communities in the United States, including the Czech minority. The Czech records were usually described as Bohemian and the scale of their production was quite impressive.

For instance, between the years 1900 and 1930, there were actually more recordings made by Czech musicians in the United States for Czech-language audiences than there were in the Czech lands for the much larger Czech population, Mr Šír explains.

But while the commercial production by large companies, such as Victoria and Columbia are well-documented, very little is known about recordings produced by smaller companies or individual Czech performers.

“People in the US were richer than in the Czech lands. So very soon, the small companies could afford to record at home and did a lot of recordings for the environment around the cities and suburbs. But these recordings remain hidden from us. 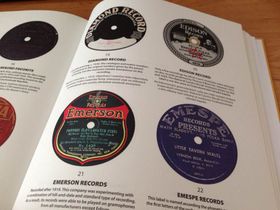 Photo: Repro 'Bohemia on Records: Early Czech Sound Recordings in the United States' “We know about the commercial recordings. But we have very little information about someone who was publishing records for example for the Pilsen neighbourhood in Chicago, such as Josef Jiráň.”

By 1930, there were approximately half a million Czechs and Slovaks living in the United States, and Chicago, with around 250,000 immigrants from Czechoslovakia was dubbed the second-largest Czech city.

In addition to publishing their own newspapers and other periodicals, Czech immigrants also had a fairly extensive network of shops offerings music sheets, instruments, phonograph cylinders and disc records.

To find out more about the local sound-recording scene, Filip Šír studied adverts published in one of the popular magazines of the time. He discovered that there were more than twelve music sellers between the years 1912 and 1960 in the city. 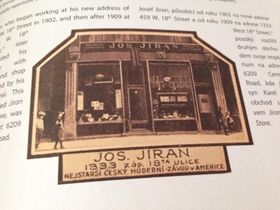 “First I discovered that he was born in South Bohemia. So I went to the archive in Písek and found out that he was a music instrument maker, he grew up in Skály, he went to Romania and then asked for a permission to go the United States. All that happed between 1867 to 1897.

“So he migrated from South Bohemia through Hamburg, across the Atlantic Ocean and to Chicago and within one year he started his own shop in Chicago and he was there with his son until the 1960s. So for us, Josef Jiráň is one of the most important figures for Czechs in Chicago, as far as music is concerned.”

Jiráň’s shop, located in the middle of the Czech ‘Pilsen’ neighbourhood, was the first-established and longest-operating shop with musical instruments and sound recordings for Czech minority.

It was also a meeting point for Czech music lovers. One of his many customers and friends included Bohumír Kryl, a celebrated cornet virtuoso, bandmaster and pioneer recording artist.

“He was an artist, sculptor and later he became a world-famous cornetist. The Edison and Columbia companies released a lot of cylinders with Bohumir Kryl.

“He was really a star in the 19th century. Today, we could compare him with the likes of Elton John. So he is another interesting and famous person for Czechs in the United States.”

Searching the attics and basements Mr Šír likens their efforts to the gold rush, saying they are never quite sure what will come out of it. This is how he describes one of their most recent discoveries in the former Pilsen neighbourhood in Chicago:

“So we visited another antique store and asked: can we go the basement? The owner said: No! But after ten or fifteen minutes, when I showed the owner my business card, telling him that I was from the National Museum in the Czech Republic, he said: OK, You can go. So we went through the boxes and we actually found some recordings.”

According to Filip Šír, a large part of the wax cylinders and disc records with early Czech sound recordings have been lost forever, and with them, part of our country’s history. On the other hand, many of them are still waiting to be discovered in archives and libraries, but also in ordinary people’s homes on both sides of the Atlantic.

Meanwhile, some of the old Czech songs from the 1920s, like the traditional Czech polkas, are still on the repertoire of the Czech bands in Texas, the home of one of the largest Czech immigrant community. The revenues of Czech music business increased last year by 11 percent to 834 million crowns, according to a press release by the Czech… 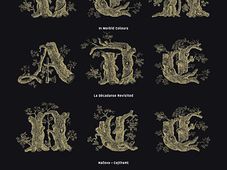 ‘Decadent’ Czech record goes on sale in Prague and Brussels

How do you imagine the soundtrack to an exhibition called ‘Decadence’ would sound? Czech musicians Monika Načeva and David Cajthaml…