Willing to have sex with a stranger or take part in an uprising? Those and 146 other questions put to young Czechs.

Could you be happy without alcohol? Have you ever had sex with a stranger? Would you participate in an uprising against those in power? These are just some of the nearly 150 questions covering a large range of subjects given to people aged 18 to 34 across Europe within a project called Generation What. Organised by the European Broadcasting Union along with national broadcasters, the aim of project is to offer a unique look into the mind-set and realities of life of young Europeans today. For the first time this year, the Czech Republic joined as well. I spoke to Ivana Pauerová Miloševič of Czech Television, who is in charge of Generation What in the Czech Republic, and I first asked her to tell me more about the history of the project:

“The project started in 2013 in France and it was invented by a French production company Upian and a man called Alexander Brachet, who created the online questionnaire with some 150 questions, trying to find out how the young generation in France lived. France 2 television supported the project, and they ended up with 234,000 answered questions, which is a huge amount.

“What happened afterwards, is that a lot of youth associations got involved in the project and launched discussion and initiatives for some things to be changed in terms of schooling and in terms of approach to the young generations. And this was the main impulse to make it bigger, to make it European, and we ended up with 11 countries, including the Czech Republic, and with different 15 radios and broadcasters.”

The questionnaire is available online. How do you actually reach the people?

“It is important to say the broadcasters and radios in all the countries are cooperating with sociologist. Therefore the questionnaire is meant to be serious but it is not meant to be scientific. Therefore there is a normal website open to public, which is generationwhat.cz.

“We also made a few domains, which can be approached directly through the websites of Czech Television and Czech Radio. So it depends on the users. Some of them come through these websites and some of them find it themselves on generationwhat.cz.”

You said the questions are put together by sociologist. Are they actually the same for all the eleven countries or do they vary according to the specifics of each of the countries?

“During the development phase of the projects we were talking inter-culturally, so to say; we met twice and we had big Skype conferences in order to moderate the questions in all 11 countries. We ended up with the same questions and we agreed even though some of the countries had and have different background.

“Especially for our country, we have a communist background and history which is something completely different than what they are aiming for with some questions in France or Belgium etc. but we moderated it in some way, which is where sociologists had a leading role. We ended up all with the same questions and in the end it is 148.”

You launched the online questionnaire on April 11 here in the Czech Republic... Illustrative photo: European Commission “We launched it on April 11 in all of the countries. And we had the so-called soft version launched three days earlier to see how the traffic goes on the website and to see if all the filters function and so on.”

How many answers have you got so far?

“Yesterday evening it was 20, 690 and this morning it is almost 21,000, which is a great amount. To be honest, when we were talking about it with the team at Czech Television and afterwards with the broader team of Czech Radio, we were really afraid to settle a precise number we would like to reach. So we were around 10,000, modestly hoping that eventually it could happen, so we are really happy that after one week it was more than 18, 000 and now it is 21,000.”

The survey is just part of the whole project. You are also making short documentary portraits and there will also be a feature documentary. Can you tell me more about that?

“In order to explain people better the mood the questionnaire and how other people react to it we divided the questions into 21 topics and on each topic we shot people from all over the country answering the questions. For example questions about Europe or more personal questions asking about personal opinions.

“We asked sociologists to help us copy the sociological pattern of the Czech population, so we picked up one immigrant, a homosexual, a woman with university education, and so on, and then we travelled all around the country making these interviews. And the same was happening in all the other countries.

“We already have quite a lot of video-material and we aim to shoot more after the results of the questionnaire come at the end of October and November. And we want to the professional public, such as journalist, artists, politicians, as well as the broader public what they think of it, so the film will be a mosaic and a reflection of the whole project and first of all a reflection of the generation as such.”

What have you found out so far about the young generation and in what way can the findings be useful?

“We are aware of the fact that we do not have French mentality here in the Czech Republic. We are not that eager to be in associations or go onto the streets. But we hope it will be an impulse to review certain issues.

“Because already after one week, after receiving about 100,000 answers, they all for instance agree that the existing school system does not prepare them for their work and for the labour market. And that is already something to think about. All around people, more than 60 percent of people think that they are not prepared for the labour market. So we hope that some of these answers could be relevant, that it means something.”

So what is sour impression so far of the young generation of Czechs? 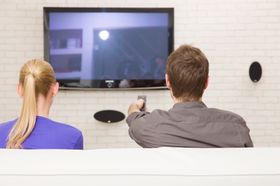 Photo: Ambro / FreeDigitalPhotos.net “Again we have confirmed certain stereotypes. There is a question where you are not clicking on yes or no or agree or disagree, but you also have to write something, and the question is: describe your generation in one word and the word is ‘internet’.

“There has also been greater number of questionnaires filled in via tablets and smart phones than we expected, we expected around 20 and so far it is over 30 percent.

“And again it seemed to me that another stereotype was confirmed by a question: “Could you be happy without a television?” and 91 percent of the young generation says ‘yes’, which is also what we expect from the technology development as such, because everything goes via internet more and more. Even though in Austria only a bit less than 70 percent say yes to the questions, so it seems Czechs are more eager to go into modern technologies. But of course this is something we can only base on some questions that we see and the right answer will be based on the comparison made by sociologist will come in November 2016.” 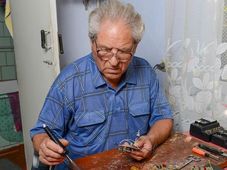