Before moving to Prague from Dublin in 1993, I was in the habit of going to a lot of rock concerts, and the relative dearth of decent gigs here took some time getting used to. Still, the city wasn’t completely off the musical map by any means, and I seem to recall that Beck, Pavement, Tindersticks, the Cocteau Twins, Yo La Tengo and a number of others performed here in a relatively short period of time. Joe Strummer played a rare one-off gig and Nick Cave was here so often he ended up writing a song about what was for a bit my local, the Thirsty Dog pub. 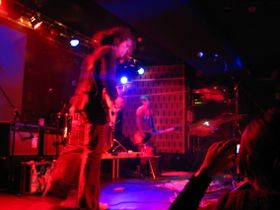 My impression was that many of the acts who toured this part of the world in those days did so as a kind of goodwill gesture to grateful rock fans who had previously had precious little exposure or access to happening music. That and/or the musicians simply wanted to see the still-backwards eastern Europe for themselves, even if they didn’t make a penny.

One thing I learned pretty quickly was that, unlike in Ireland or the UK, the time on the ticket really means something here. If it says 8 o’clock, then you really ought to be there at 8 o’clock, or risk missing the start of the show. A lot of venues here are in residential areas and have strict 10 o’clock curfews (though such curfews, like much else, are probably stricter now than they were in the mid ‘90s).

The early starts were more than made up for by the fact gigs didn’t immediately sell out here, and you could expect to get tickets for more or less any show. Actually, the only concert I remember selling out immediately was Nirvana, though they never made it here in the end.

After the mid 1990s, Prague seemed to slowly go further downhill in gig-going terms, and there were years where it felt like months would pass without one decent show.

Recently, though, things have improved no end on the live music in small to medium-sized venues front. That may well be due to the fact that, with relatively little money to be made now from selling CDs, more acts are touring generally.

In fact, 2008 could well have been the best year for visiting bands that the Czech capital has ever seen. Honestly, it’s got to the point you almost have to ration your gigs, especially as nowadays tickets often cost just as much as they would in London (with the wonderful difference that widespread scalping hasn’t reached Prague).

In any case, who’s complaining when, as was the case this year, you get to see the likes of Tom Waits, Bonnie “Prince” Billy, Orchestra Baobab, Black Lips, Horace Andy and many, many other interesting acts, mostly in relatively intimate venues. 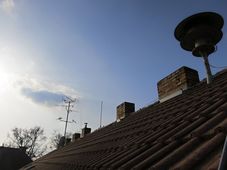