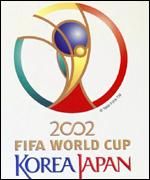 After months of intense build-up and mounting anticipation it's finally here - the greatest event in sport, football's World Cup, has just got underway in Japan and South Korea. The next four weeks are sure to deliver all kinds of drama, and millions upon millions of people from all corners of the world will be glued to their screens every day. New stars will make an impact on the world stage for the first time, some will see their schoolboy dreams come true, others will be led off the pitch in tears. But, unfortunately for their fans - and in a sense I count myself among them - the Czech Republic won't be there. And they only have themselves to blame.

On paper, the Czechs had a great chance of qualifying, and they certainly had enough quality players to get to the World Cup. But individual talent is often not enough. Sometimes it isn't so much a question of skill as attitude, and - for my money - the Czech players' attitude left a lot to be desired.

If there's one thing that struck me watching the Czechs in their unsuccessful qualifying campaign it was that they really lacked the pride, the fire in the belly, that you might expect to go with representing your country. With so many of the players - especially the more experienced members of the squad - you simply do not get the impression that playing for the Czech Republic is any kind of honour. One of the clearest examples of that was when man-mountain forward Jan Koller took off his jersey and kicked it in disgust when he was substituted. Any player who behaves with such contempt for his country simply shouldn't be in the team.

The fish, the Czechs say, always smells from the head, and questions have to be asked about the Czech captain Pavel Nedved. Nedved is a brilliant player, and is undoubtedly the most talented Czech player of his generation. But as a captain he just doesn't have what it takes. Nedved seems to spend less time rallying his teammates than whining at the referee - indeed he ended the qualifying campaign in disgrace when he was sent off for abusing the ref in the crucial play-off against Belgium. Who's going to have respect for a captain like that? This after all, is a player known to fans in Italy as "the Czech shrew" - and that's by his own club's fans!

Asked why the Czech Republic hadn't made it to the World Cup, the greatest Czech footballer of all time, Josef Masopust, said that the huge money the players get paid nowadays was to blame. In my day, said Masopust - who played for Czechoslovakia in the 1962 World Cup final against Brazil - we got paid nothing but we played our hearts out when we represented our country.

Unless the Czech Republic's current generation of footballers somehow find the will to play their hearts out when they pull on that red shirt, I for one can't see them ever achieving anything.