The Karlovy Vary International Film Festival is now in full swing. This year’s KVIFF is, I believe, my 11th. And one thing I’ve realised over the years is that there are so many things happening over its nine days that it’s difficult to think of the festival as some kind of unified event. 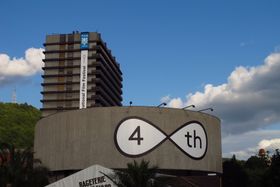 Photo: Kristýna Maková At one end of the spa town’s promenade stands the Hotel Thermal. The Communist-era concrete eyesore houses the main screening halls and is very much the heart of the festival as far as the cinema side of things goes.

Almost symbolically, at the far end of the promenade is the luxurious Grand Hotel Pupp, one of the most expensive places to spend the night in the Czech Republic. It has been described as the celebrity centre of the festival.

The Thermal is where you will find hordes of young backpackers clutching programmes, queuing for tickets, swopping film tips and nursing hangovers. 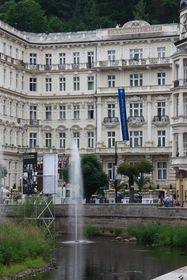 Photo: Barbora Kmentová Alongside Hollywood stars, the Pupp is where you will find movie bizz types, captains of Czech industry and the occasional politician schmoozing. If the Pupp set are also nursing hangovers, they probably cost considerably more to work up.

The two worlds don’t meet much, though there is some overlap. For instance, the stars frequently rhapsodise about the warm reception they get from the gigantic audience at the Thermal’s Grand Hall.

In any case, everybody in Vary is having their own particular festival experience. 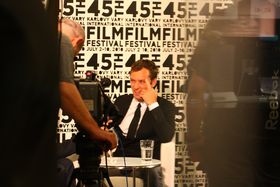 Photo: Štěpánka Budková The high-end drinks company exec is there to promote his products at an exclusive party where clients get to rub shoulders with models and other local celebrities. The young director is there to present her edgy full-length debut and build up her profile. The critic is there to catch five movies a day and still somehow find the time to write daily reports and hang out at the bar. And so on.

And after the years of practice since KVIFF’s late-90s rebirth, all of this works more or less smoothly. 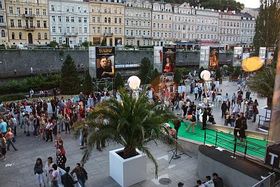 Photo: Štěpánka Budková Somebody told me recently they’d been for the first time last summer and hated it. My friend took me to a fancy party and it was just full of snobs with absolutely zero interest in the art of cinema, she complained.

But it seemed to me that, as a novice, she’d made the simple mistake of having the wrong kind of festival experience for her. If she ever goes back, she’ll know to leave her high heels at home and stick to the screenings. Most of the tens of thousands of people who attend will be having pretty much exactly the festival they’d expected.

One of the most discussed Czech films at the Karlovy Vary festival is Old-Timers (Staříci) by Martin Dušek and Ondřej Provazník. It’s based…