Will Neratovice turn into a ghost town?

Most Czechs make an effort to do something positive for their health - they exercise, read the food labels and eat less red meat. But in some cases your address is more important than what you read on a food label. The inhabitants of Neratovice -a town located some 30 km north of Prague must now be wishing they lived just about anywhere else.

have been tough: sirens announcing chlorine leaks, warnings from Greenpeace that the nearby chemical plant Spolana was seriously contaminating the environment followed by heated denials from the plant's management, tests on soil and farm animals which resulted in the chief Veterinary Authority advising the locals not to consume anything grown or bred on local farms or gardens. Fruits, vegetables, eggs, poultry and farm animals were all found to contain increased levels of toxic substances. And then last week - tests which revealed that the blood samples of people living in the vicinity of the plant contained twice the amount of toxic substances as those of people living elsewhere. Alarming - said Greenpeace. Nothing to worry about -countered the Czech health authorities stating that the levels of dioxins and polychlorinated biphenyls present in the locals' blood samples were well within WHO norms and did not present a health hazard. They would reportedly have to be a hundred times higher in order to be health threatening. Even if that were true - who would want to take the risk of living and raising a family in an environment polluted by increased levels of dioxins when they read about a heightened risk of cancer, impotence and lowered immunity. Is there a safe level of exposure to dioxins? The jury is still out on that one. And since the results are not serious enough for the government to take action - it will be up to the locals to decide whether they want to live with that fear. One thing is positive about their unhappy circumstances - although they are getting a lot of contradictory and confusing information from different sources -the information is coming through. And thanks to that they are in a much better position to decide about their lives. 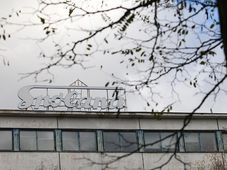 The Spolana chemical plant in Neratovice in Central Bohemia, tops the rankings of the biggest Czech polluters in 2016, presented by… 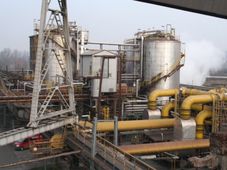 Czech companies are increasingly being hit by anti-dumping measures, the business daily e15 reported on Wednesday. Most recently, such… 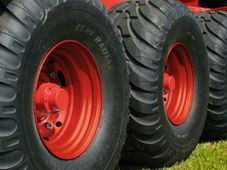