In Magazine: 91-year-old Charles Aznavour gets a standing ovation in Prague, give me a room with a view of the sea - the whacky demands made by visiting celebrities, Czechs are finally able to order personalized number plates, Hradec Kralové joins International Pillow Fight Day and, where should one stand on a metro escalator? 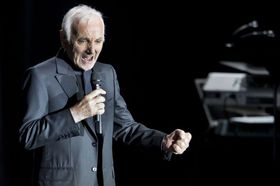 Charles Aznavour, photo: CTK The 91-year-old chanson legend Charles Aznavour got a standing ovation and was showered with flowers at the close of his first and most likely last ever concert in Prague on Wednesday evening. Aznavour performed in Prague’s Congress Centre which was completely sold out weeks in advance. The singer opened the concert with Les Emigrants and sung songs from his most recent album as well as some of his famous hits switching from French to English throughout the 90 minute show which he ended with La Boheme.

Charles Aznavour only sung once in Czechoslovakia and that was in Bratislava in 1978. A scheduled concert in Prague in 1969 was cancelled in connection with the death of student Jan Palach. Throughout his long career the singer has composed over 1,000 songs and recorded dozens of albums. In a CNN poll the singer was named the greatest artist of the 20th century. 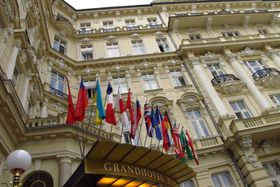 Illustrative photo: Kristýna Maková The daily Metro this week entertained its readers with stories about the whims of visiting celebrities and the hotels they stay in. A royal suite in one of the five star hotels frequented by celebrities can cost 125,000 a night and the services afforded know very little bounds. Even so some requests are really hard to grant. For instance, one VIP visitor asked for a room with a view of the sea, another demanded a private tram ride through Prague, a third requested a cycle tour at 2am. Another celebrity who visited Prague in the middle of the summer asked where he could go ski and another demanded that the staff bring him a lie detector in the middle of the night. An Asian visitor decided to get engaged in Prague and asked the staff to help with preparations which included a thousand roses and a thousand burning candles in a boat on the Vltava River, as well as a fireworks display and keeping Prague Castle lit up for fifteen minutes longer than usual. After all the trouble, the lady said NO. 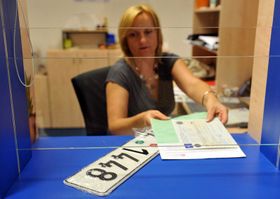 Photo: Filip Jandourek Czechs waited a long time for personalized number plates and since a law allowing them came into force at the beginning of the year people have spent over 40 million crowns on plates of their own choosing. Although it is still rare to see them on the road, close to 4,000 personalized number plates now grace the country’s cars and motorbikes. Another 2,000 are in the making. People ordered funny plates –such as 321BREAK –cute names such as 4MYHEART and diabolical names such as HELLBOY. 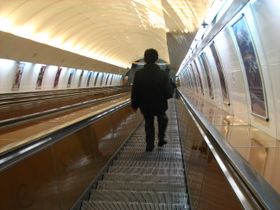 Photo: Kristýna Maková When Prague got its first stretch of the metro in 1974 the Prague Transport authority went to great pains to teach passengers to stand to the right on escalators, leaving the left side free for those in a hurry. For years there were stickers in the metro telling people to “stand on the right”. In due time people acquired the habit, but the transport authorities are far from happy with the result. It appears that the one-sided burden is damaging the escalator mechanism and the metros management is now considering ways how to encourage people to spread out evenly on both sides. For the present time they have gingerly floated the idea and the response on social networks suggests that getting people to change their hard-acquired habit will be an uphill climb. Those who tried to follow the metro managements advice were showered with insults. 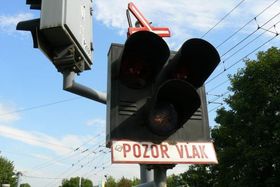 Photo: Tomáš Šácha A special committee in the lower house of Parliament annually considers proposals form the public and various institutions regarding who should be awarded high state distinctions on October 28th, a public holiday celebrating the establishment of independent Czechoslovakia. This year, for the first time in the country’s history, a man proposed himself for a high state distinction on the grounds that he had made an important contribution to road safety. The man allegedly played a key role in making the use of safety belts in cars compulsory in the country and introduced the white light used at rail crossings to let drivers know the way is clear. Given the fact that the country has one of the highest level-crossing deaths in Europe, he may have to wait a while for recognition. 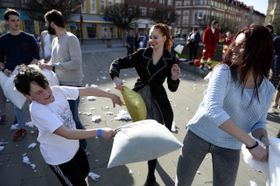 Photo: CTK Around 300 young people joined International Pillow Fight Day in Hradec Kralové last weekend. After a vigorous battle the towns’ main square was left covered with feathers and participants pronounced it a big success. The organizers have promised to make it an annual tradition adding a local touch – a live band and food and drink to help participants regain their strength. International Pillow Fight Day, held on the first weekend in April, attracts tens of thousands people in more than 100 cities all over the world each year. Zlín was the first town in the Czech Republic to join the tradition, back in 2009. 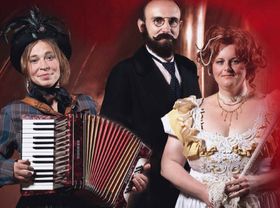 Photo: archive of Budvar The Budvar Brewery in České Budějovice is once again inviting visitors to special tours of the brewery which include performances in period costumes. The idea to map the brewery’s 120 year history by highlighting scenes from the past arose when the management was mulling how to celebrate the brewery’s 120th birthday last year. The special tours became a great hit attracting over 800 visitors. The brewery has decided to make them an annual event and is now offering visitors four special tours in April and four in October. 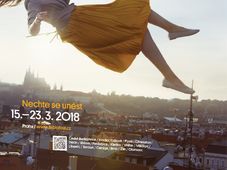 Prague’s biggest film event, Febiofest, gets underway on Thursday evening. The festival will deliver more than 160 movies in 15 categories, including…

Charles Aznavour to perform in Prague in April

French chanson singer Charles Aznavour is due to perform in the Czech Republic for the first time ever next April. The 91-year-old…