Thanks for tuning in to Mailbox, the programme that gives you, the listeners, a chance to voice your comments and ask questions concerning Radio Prague’s broadcasts.

Before we start quoting from to your letters, I have a special message for our shortwave listeners. Czech Radio is celebrating its 85th anniversary in May and to mark that occasion, Radio Prague has issued a special QSL card. If you’d like to have one of your own, make sure to listen to our programme on the exact date of the anniversary, that is May 18, 2008, and send us a reception report stating where, when and on what frequency your heard our programme, and what the quality of reception was like. Please don’t forget to add whether you are using local or universal time and remember to include your postal address so we can send you the special QSL card in return.

We always appreciate it if you include a few words commenting on the content of the programme in your reception reports, as did Konnie Rychalsky from Connecticut:

“Excellent, excellent, excellent story on the Magazine item about the Japanese lab rats choosing Czech beer over water, and water over other beers. There's a new phrase for you: ‘Czech Beer - it's better than water!’"

Recently, we received an e-mail from Mark Valentine from the United Kingdom. He responds to a quote from last year’s Mailbox which again was a reaction to an old letter sent in to Radio Prague.

“In January 2007 you broadcast a message from a Czech listener, Josef Svoboda, responding to a query from a Canadian lady who was interested in the singing duo Petr and Pavel. I do not have any more information, but I also own their single LASKA LASKA and it was a great favourite of mine 30 years ago in my teens. If Mr Svoboda has any more information about them before they emigrated to the UK (such as surnames), I would happily try to find out more about their time in the UK.”

This mysterious duo Petr and Pavel has been popping up in your letters for several years now. First it was Marisa Churchward from Ontario, Canada, who in 2002 was looking for any piece of information about a single record by PETR AND PAVEL with the songs LASKA LASKA and WENCESLAS SQUARE. It appears the duo, Petr and Pavel, emigrated in 1968 and released the single in England. However, nothing by them can be found in the Czech Radio music archives and the internet is no help either. Meanwhile your letters got us really interested in this enigmatic duo and their music. If anyone who is listening or reading this on the internet would like to share what they might know about the musicians Petr and Pavel, you are very welcome to contact us here at Radio Prague. The address is english@radio.cz or Radio Prague, 12099 Prague, Czech Republic. Perhaps we will even be able to get hold of the record and play it on Radio Prague one day.

And staying with matters artistic, Panha Pen from Phnom Penh, Cambodia would like to know:

The best known Czech male ballet dancer is without a doubt Vlastimil Harapes who is now 61 years old. He studied classical dance at Prague’s Dance Conservatory and in 1966 he joined the ballet ensemble of Prague’s National Theatre. At one time he was the ensemble’s director. He is famous not only for his achievements on stage but he is also a gifted film actor and singer, admired –not least - for his extremely good looks. He is still working for the National Theatre, however recently he’s had problems with his arm, preventing him from dancing.

Thank you very much for taking the time to write to us, we appreciate all your feedback wherever you are writing from. I’m afraid we cannot reply to all your messages individually but every single one gets read and is considered.

And before I say good-bye, I should repeat our monthly listeners’ competition question for one last time. You have only until Wednesday to send us your answers to the April question, which is as follows:

Our mystery lady was born in Prague in 1932. As a student of medicine she took up the discus and won gold at the Melbourne Olympics in 1956. There she fell in love with the American gold medal winning hammer thrower. The couple got married in Prague but she was no longer allowed to represent communist Czechoslovakia. At the subsequent four Olympic Games she represented the US and even carried the US flag at the opening ceremony of the 1972 Munich Olympics.

Your answers need to reach us by Wednesday, April 30 at english@radio.cz or Radio Prague, 12099 Prague, Czech Republic. Next Sunday, we will announce the four winners who will receive small gifts from Radio Prague. Until then, happy listening. 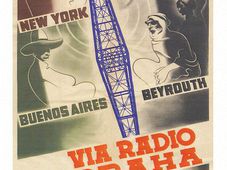 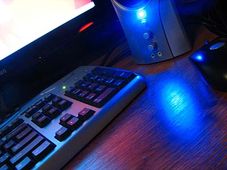