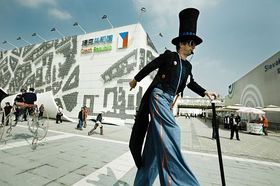 Photo: www.czexpo.com Thanks for tuning in to Mailbox, Radio Prague’s weekly programme for your views, comments and questions.

The letters we are going to quote this week all concern two major international events: the Football World Cup in South Africa and the World Expo in China from where our listener Victor Lu sent us this e-mail:

“It was very curious for me to read about the Czech pavilion [at the World Expo in Shanghai]. I have seen its opening on CCTV. It was reported the pavilion was built by the Czech Republic itself and shows many treasures from your country, including some statues from Charles Bridge. Unfortunately, your programs can’t be heard on shortwave here with a normal radio because your broadcasts aren’t targeted to Southeast Asia and East Asia. Before that, your programs could be heard a little poorly in English but very well in Russian. Hope you can recover the broadcasts to Southeast Asia and East Asia.”

I don’t need to stress that we wish we could, but it all depends on government funding. Now onto football. Alex Torbeni from the Indonesian island of Bali wrote: 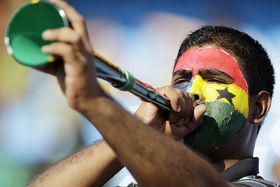 Photo: CTK As the Czech Republic’s team did not qualify for the event, I dare say that Czechs aren’t following it with as much passion as they would have had the national team been taking part. But of course, people watch the matches on television either at home or at pubs and sport bars.

Also concerning the World Cup, Ferhat Bezazel ben Rabah from Algeria would like to know:

“How many times did your country take place in the world soccer cup tournaments since the beginning of this soccer competition till now?”

Czechoslovakia qualified for the event nine times and took silver twice. The Czech Republic qualified only once, for the 2006 tournament, and finished 20th. For more details you can look up the respective articles on Wikipedia.
http://en.wikipedia.org/wiki/Czechoslovakia_national_football_team#FIFA_World_Cup_record
http://en.wikipedia.org/wiki/Czech_Republic_national_football_team#World_Cup

Kanchan Chatterjee from the Indian state of West Bengal also has a football-related question: 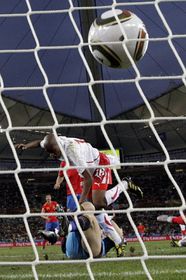 Photo: CTK “Is Radio Prague going to hold a competition on the Football World Cup?”

No, I’m afraid we aren’t. However, our listeners had a chance to enter Radio Prague’s annual writing contest which ended earlier this week. A jury is now carefully reading your entries to select a winner who will win a free trip to Prague. The result will be announced on this programme next Sunday. And, of course, we are also running our little monthly quiz, this time with a very easy question:

“This month we would like to know the name of the Czech-born American film director born in 1932 who won two Oscars as best director.”

Please, send us your answers to english@radio.cz or Radio Prague, 12099 Prague by the end of June. Thanks for tuning in today and Mailbox will be back again next week, same time, same frequency. 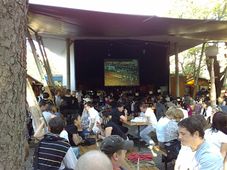 Every team has its fans in Riegrovy sady

Football is, quite literally, the buzz these days, and no less so in Prague, where Czechs are following the 2010 World Cup wholeheartedly, despite… With own team absent, many Czechs supporting Slovakia at World Cup

The Czech Republic’s soccer players failed to qualify for this year’s World Cup, and, like Czech fans, will be watching the football… 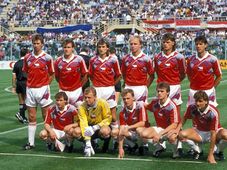 With just days remaining until the World Cup kicks off in South Africa, football fever is beginning to grip fans around the globe.…