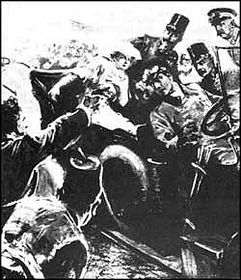 The assassination in Sarajevo Hello and welcome to Mailbox. In today’s edition we will disclose the name – or should I say – names of last month’s mystery persons. Yes, when writing the quiz question I didn’t check my facts properly and I apologize for the confusion. Besides Sophie Chotek, there were two other persons in the car in Sarajevo in 1914 who qualify as August’s mystery Czechs. The one I had in mind was:

“Leopold Lojka – the chauffeur of the car.”

as Salahuddin Bhuiya from Bangladesh wrote.

“The other person of Czech origin who was in the car with Archduke Franz Ferdinand and his wife Sophie Chotek on that fateful day in Sarajevo in 1914 was Leopold Lojka, the chauffeur of the car.”

And Don Schumann from Colorado:

“Leopold Lojka was chauffeur during the assassination of Archduke Ferdinand in Sarajevo. He was Czech-born from Znojmo, and was the driver of the Archduke's car. He later provided witness against the assassins.” 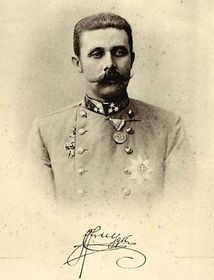 Archduke Franz Ferdinand However, those of you who sent in a different answer – naming:

as did for example Sandeep Jawale from India, were also right, as Franz von Harrach, although born in Austria, was a member of an old Bohemian noble family.

“There was Lieutenant Colonel Count Franz von Harrach, bodyguard of the guests. Though he clearly failed as a bodyguard, he did give the best eye-witness account of the assassination… The fifth person in the car was from Znojmo in southern Moravia: driver Leopold Lojka… As the driver of the car in which Archduke Franz Ferdinand and Sophie Chotek were assassinated, he was given the task to inform of their death by telegram to Austro-Hungarian Emperor Franz Joseph, the German Emperor Wilhelm II, and the children of the assassinated couple.”

“Leopold Loyka… was the chauffeur of the car carrying Austro-Hungarian Archduke Franz Ferdinand and his wife Sophie Chotek at the very time of their assassination by Black Hand assassin Gavrilo Princip in Sarajevo on 28th June 1914. Leopold Loyka was born in 1885 in the town of Znojmo in southern Moravia in the Austro-Hungarian Empire (now part of the Czech Republic), and died at the age of 41 in 1926.” 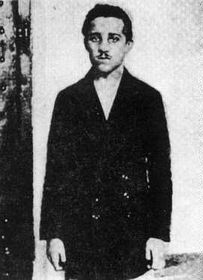 “Mr. Loyka would often show off the bloodstained braces of Franz Ferdinand and a piece of Sophie's golden bracelet. After his death, the role of chauffeur of Franz Ferdinand's car has often been erroneously attributed to a 'Franz Urban'.”

In his answer about Lojka Hans Verner Lollike from Denmark writes:

“I remember your question from two years ago. I think I also told you then, that I had stood on the spot in Sarajevo in 1994 in front of the ruins of the famous library. Two European wars in sight – World War I and the war in Bosnia with the long bombardment of Sarajevo. I have not been there since, and my friend tells me that it is hard to tell now that Sarajevo once was bombed and many places destroyed. Only in the hearts and minds the damage is still there.”

“Lieutenant Colonel Count Franz von Harrach was bodyguard to Archduke Franz Ferdinand of Austria at the time of the assassination of Franz Ferdinand and his wife Sophie in Sarajevo in 1914. Franz Harrach was travelling on the running board of the vehicle carrying the royal couple and his eye-witness testimony to the events of that day was very relevant in the prosecution of the assassin Gavrilo Princip. Franz Harrach inherited the castle Velké Meziříčí close to the city of Jihlava which is recorded as his place of death.” 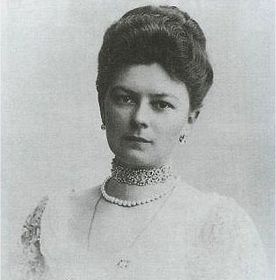 Sophie Chotek And finally this answer from Charles Konecny from Ohio:

“How history was affected by a gun shot. If Lojka (although through no fault of his own) had not taken a wrong turn on that fateful day in Sarajevo, who knows what Europe would look like today. Of course, Franz Ferdinand tempted fate one too many times when he insisted on going to that hospital... as that decision turned out to be... ‘The shot that was heard around the world’.”

Many thanks to everybody for taking part. And to be fair, this month there will be two winners – one from the Leopold Lojka pile and the other from the Count Harrach one. And Radio Prague parcels are on their way to Shri Girish Chadaga from India and Colin Law in New Zealand. Congratulations!

And I’m hoping not to cause any confusion this time with this question: In September we are looking for the name of an opera singer who was born in 1807 in the east Bohemian town of Teplice nad Metují and died in 1886 in the German city of Dresden.

Please send us your answers by the end of September to English@radio.cz or Radio Prague, 12099 Prague. A regular edition of Mailbox will be back next Sunday. Until then, good-bye. 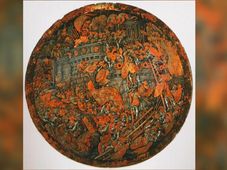 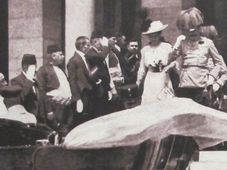 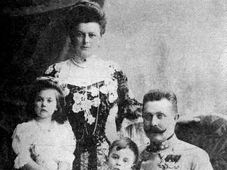