Every fifth family with dependent children in the Czech Republic is financially poorly off, according to a new survey conducted for the Christian charity Caritas Czech Republic and the Catholic Church by the IBRS Agency. That means more than 230,000 families in all. 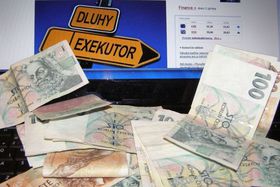 Photo: Ladislav Bába Many find themselves in debt traps they are unable to escape from; that was the subject of an international conference held by Caritas in the Czech capital on Thursday. The aim was to look at ways to reduce the problem such as through more flexible debt relief or other measures which would prevent the break-up of families as a unit. The aim is also to lift the tremendous burden that is often passed on to children who bear no responsibility.

I spoke to social analyst for Caritas Martina Veverková about the severity of the problem.

“There are many families who have debts but for the majority it is not a probably to pay off what they owe. But then there are those who are overly in-debt and who cannot get out of it: their lives are heavily impacted and they cannot cover basic needs. These are the families that we want to help.”

Have you seen an increase in the number of clients in financial trouble who come to Caritas for help?

“About a third of people who come to us have problems with unpaid debt. A third of the counseling that Caritas Czech Republic is does is connected to financial problems. What we see as the biggest problem is that for many people there is simply no escape from the situation. It is very hard to help them get out of the situation as well.”

What are some of the factors which make it so difficult to get out of this trap, as you called it?

“About a third of the people who come to us have problems with unpaid debt.”

“The biggest factor behind families falling in debt is income poverty. People just cannot cover their needs so they end up taking loans and sometimes they try and pay one loan off with another and it just gets deeper and deeper. Property seizure procedures are very strict in the Czech Republic and there are many cases when people face multiple seizure of assets and everything piles up and it is very hard to pay it all off. The cost of property seizure is also very high and the rewards for court executors as well, so that is another factor.

“The rules for debt relief are also very tough – you have to be able to pay off a third of what you owe to qualify and for very poor people this just is not a realistic target. The Czech Justice Ministry would like to see the law on this changed and for debt relief to be broken up into a series of steps, and it should be possible to get debt relief without paying anything up front.”

In a way, are we at a turning point? Do more politicians now understand that this cannot continue?

“I think that society has grown more aware that the situation is not tenable. Of course, the issue is a very complex one. There are no quick solutions but what we want to introduce are good practices and legislation which is already working elsewhere. The issue is complicated because you have different kinds of creditors, there are different types of debtors and there is no solution that would work for everyone.” 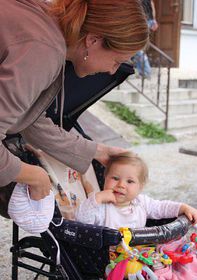 Illustrative photo: archive of Radio Prague So solutions have to be varied, tailored to individuals, not one size fits all. One aspect of charities like Caritas is obviously individual contact, people who really understand how real people are affected…

“It’s true that we see the individual destinies up close.”

The number of 24,000 crowns per month combined wages of both parents is kind of the tipping point…

“That’s right. And it is income poverty which is the greater issue. Financial literacy also has an effect but now it is more about people taking loans because they just can’t meet basic needs, such as food for their children.”

What are some possible solutions? It was mentioned at the conference that only eight percent of those in financial trouble seek out charities like yours for help…

One problem is that there are some people who don’t know that Caritas can provide free counselling and go instead to paid companies where the level is not even that good. Those who are most in trouble can qualify for our program. Not just anyone who is in debt can qualify.”

The aspect of family was discussed at great length here: how are families affected and how does that affect broader society?

“Children are innocent yet they grow up in households which are in debt but it is not their fault.”

“People who are in debt can’t get regular jobs and sometimes opt for illegal work.

They have no normal income and are dependent on social benefits and they are a burden. They themselves do not pay back into the system and will themselves have no pensions when they are of retirement age.

“The other aspect is that the children are innocent, they grow up in households which are in debt but it is not their fault and there is a greater chance they will themselves be in debt later in life. Often they inherit the actual financial burden from their parents and there are also behavior patterns they see, poor role models that also affect their own chances in life.”

Are there positive examples? France and Germany were mentioned…

“We also have representatives from Poland, from the Salvation Army, who are running an intervention project to help those in trouble not be ejected from their homes. We know that Czech officials want to take an example from Germany, where the number of over-indebted people is decreasing.”

One issue which was introduced by the head of Caritas Czech Republic Lukáš Curylo was the fact that social workers themselves who are helping those in need, paradoxically, often aren’t much better off financially than some of those they are helping… 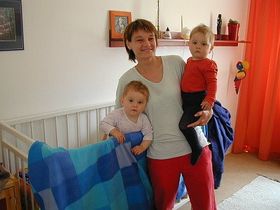 Illustrative photo: archive of Radio Prague “This is a problem which my colleague Iva Kuchyňková focuses on – it is a fact that this sector is very much underfunded. You are talking about people who often have university educations and they get paid very little. The consequence is that fewer people want to work in the sector and what happens then, when there are not enough people willing to help? The strengthening of this sector really could help.”

I guess that it all comes back to implementing what changes you can locally but ultimately to try and influence policy on the government level and beyond, in Europe.

“That is certainly one of the aims of this conference, to take our findings to the ministries to try and lobby for changes and improvements. There is a government crisis at the moment but we can prepare for the next one. At home, in what is an election year, it would be good of political parties took up the issue of poverty – when you think that some 800,000 people face property seizure, that is a lot of voters, potentially. Then, our head Lukáš Curylo will also present the findings at the European level.” 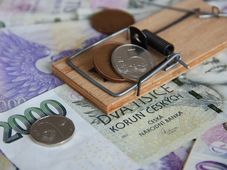 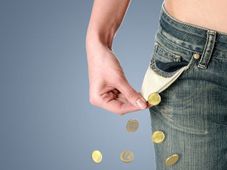