Prague is grappling with the multi-billion Blanka tunnel complex, the biggest and most expensive project in the city’s history. The costs of the project have far exceeded original estimates, and its completion has been delayed by years. But now, the mayor of Prague has voiced a shocking argument – the contract between the city and the construction firm was invalid from the start. Photo: www.tunelblanka.cz The 17-km long Blanka complex is set to become Europe’s longest urban tunnel. The massive underground structure consists of three tunnels connecting Střešovice, the area west of Prague Castle, with Trója in the northeast. It was designed to reduce through-traffic in the historic centre. Its construction started six years ago, and was originally set to open in 2011.

Prague City Hall has so far spent around 25 billion crowns, or some 1.25 billion US dollars on the project but its future is now uncertain. Prague Mayor Tomáš Hudeček last week said the contract between the city and the construction firm Metrostav which was hired for the work, had been invalid since the very start due to a legal omission: the document was not approved by the municipal assembly as required by law.

The announcement shocked many, from Metrostav managers to Prague’s former officials. Former mayor Pavel Bém during whose term the work began and who signed the contract on behalf of the city, said Mr Hudeček was playing an “infantile game” in an attempt to cover his own incompetence. Mr Bém argued there was no legal requirement for city contracts to be approved by the assembly.

But others believe Mr Hudeček is right. Pavel Franc is the programme director of the leading Czech public interest law firm, Frank Bold.

“I haven’t seen the actual contract so I have to rely on the information disclosed by the mayor. Mr Hudeček informed me the key flaw of the contract is the fact it was not approved by the municipal assembly. I have to admit that Czech law does require these types of contracts to be approved by municipal assemblies. The arguments of one of the previous mayors, Pavel Bém, don’t seem very persuasive, let’s say.” 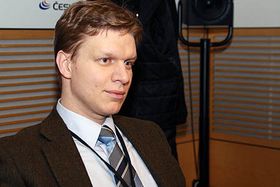 Tomáš Hudeček, photo: Šárka Ševčíková In February 2011, the construction company Metrostav announced the total costs of the complex would be some 10 billion crowns higher than the originally planned 25 billion. The city hall grudgingly accepted the extra costs – but may have made a crucial mistake. It did not hold a public tender for the extra work, awarding it instead to Metrostav. That could constitute a breach of Czech legislation on public contracts with serious implications for those involved.

“As far as I understood what Mr Hudeček said, they have to deal with it legally simply to avoid suspicion that they are making deals behind closed doors. But it’s not just a legal issue, it’s also political, and my understanding is there is space for negotiations which is something Mr Hudeček wants to do. On the other hand, he’s pushed to litigate the case. So we’ll see. It’s hard to predict what will happen.”

It now seems the dispute between Prague City Hall and Metrostrav will most likely end in arbitration, further postponing the tunnel’s opening now set for next May.

I discussed the situation of the Blanka complex with architect Jan Kasl who served as the mayor of Prague between 1998 and 2002, overseeing the initial phase of the Blanka project.

“I really think it’s only a smoke screen and it will eventually be solved. I don’t remember any contract going through the assembly. It was the council that picked the winning bid, what the costs would be, and so on. 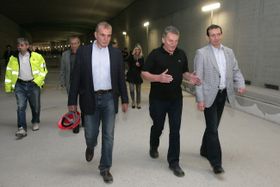 Bohuslav Svoboda (center), photo: www.tunelblanka.cz “The mistake, or the wrong thing, that happened was that the decision was taken without knowing what the actual costs would be, how Prague would finance the project, and the fact that the project had not been prepared in such detail that would provide a higher level of certainty that we would not exceed the limits, and that we would not be stopped by technical issues, etc. That was the mistake, not the contract itself.”

Mayor Hudeček argues however that according to the legislation that governs the city’s administration, such contracts need to be approved by the assembly, and says the contract on Blanka was not. Without this approval, the contract is in breach of the law, he says. What do you think of his argument?

“The law on Prague, which is a specific act of legislation, has undergone many changes, and I’m not sure now what the requirements were in 2006 or 2007 when the contract was approved. It’s a subject that would require detailed study.

“But I’m not sure there was a necessity to approve the contract itself. Can you imagine that somebody would read a 300-page contract? As far as I know, they were hoping to get some financing, a loan, from the European Investment Bank. It didn’t happen in the end but they followed some procedures relevant to the EIB contract conditions, and I don’t believe they would be so stupid and not to meet the requirements of Czech law, not to follow the act on Prague. So I’m not sure this is true.”

It’s difficult to speak of similar contracts because Blanka is a unique project in many ways. But in your own experience as mayor, would contracts of this type go for approval to the municipal assembly? 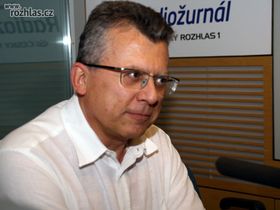 Jan Kasl, photo: Šárka Ševčíková “No. We approved the winner of the tender, we approved the money for the construction, we included it in the budget every year – for example, for the project of the Mrázovka tunnel which was built during my term.

“All that went repeatedly through the assembly, through its committees and the council. But the document itself, I’m more or less sure it was never approved. As a document, not as a project – there is a difference. If you approve the documents, the papers, you might want to change the wording here and there…

Now you’re talking about the contract.

“We discussed many contracts and many documents but I’m more or less sure we never approved the contract for the Mrázovka tunnel at the assembly.”

When you say Mayor Hudeček’s move might serve as a smoke screen – do you think he has good reasons not to continue paying for the construction because he might face prosecution?

“That’s definitely the main reason. They are concerned and I fully understand why – because the costs exceeded the expected price. But this problem has been known since February or March 2011. They’ve had two and a half years to deal with the problem.

“When Mayor Bohuslav Svoboda was elected in November 2010, there was a big dispute about the extra costs; a court later said they were legal, and he announced in February or March that the Blanka tunnel would cost ten billion more. That was the first time I hear the real price because [his predecessor Pavel] Bém was talking about 26 billion, and that it would be finished in 2011. 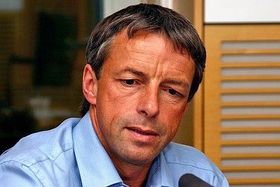 Pavel Bém, photo: Alžběta Švarcová “That was the time when Mayor Svoboda had to act. They tried to re-evaluate the reasons for the extra costs, and the solution for the extra work. The Czech legislation is really complicated in this and I really understand what Hudeček is afraid of. It’s easy to end in jail because you sign something with the best intentions but it could turn out to be a wrong decision in the end.

“But I believe they will quickly find a solution which will lead to resuming the work next year because spending 37 billion crowns and not being able to use the investment would be a disaster for the city.”

Some people suggest that if City Hall succeeds in having the contract declared invalid, they could re-negotiate the price and bring it down. Do you think the issue will ultimately end in court?

“I think taking it to court would be extreme. I hope it won’t go that far, and that they will come up with a solution which will bring a fair cost. I don’t think the price could go down much – there is the volume of work, there are costs specifications, and so on.

“But this is maybe the biggest mistake in the whole project – the lack of cost-consulting and cost-management which would sound the alarm that the price limits could be exceeded. That’s unfortunately how public procurement here works – there is no advanced cost analysis, no cost management during the construction so in the end every construction is much more expensive.” 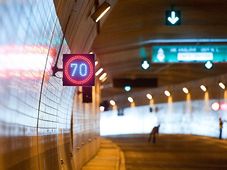 After completing the controversial Blanka tunnel complex more than a year ago, Prague Town Hall is now considering digging deep into… 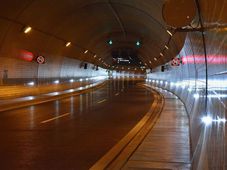 Around 20 million a month swallowed by Blanka tunnel

The operation of the Blanka tunnel complex in Prague costs the city around 20 million crowns a month, deputy mayor of Prague Petr Dolínek…

The newly-constructed Blanka tunnel complex will open to traffic on Saturday, September 19th. The longest city tunnel in Europe was…