The changing lifestyle of the Czechs, combined with a protracted economic recession and increased taxation, has led to a significant drop in the sales of spirits on the Czech market. According to fresh figures by the Czech Republic’s Union of Spirits Producers and Importers, sales dropped by 7 percent from January to June, a trend that began three years ago. Radio Prague talked to Petr Pavlík, the head of the union and the CEO of the country’s biggest spirits producer Stock Božkov, and asked him about the drop in sales and the strategies of the Czech producers to expand their business. 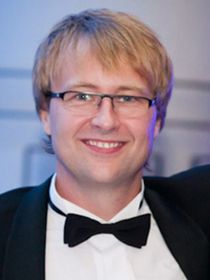 What’s the relation between dropping sales and the actual consumption? You pointed out the role illegal trade with alcohol played in this so does it mean that the consumption is decreasing too?

And is that decreasing simultaneously with the sales as well?

“We believe that the black market in which corporate bodies are involved is under control, mainly thanks to the activities of the customs service. But when we look at private distillation, we think it is on the rise because as of January 1, 2011, it is no longer illegal to own distillation equipment.”

So would you say that the consumption of commercially produced spirits is down but it’s made up for by home distillation?

“I would say private distillation is rising but corporate crime of avoiding excise tax is slightly reduced which can compensate the overall spirit consumption. But consumers can easily switch to other categories with lower excise tax rates in which a gram of alcohol, if you call it so, is in fact cheaper. The main alternative here is of course beer but it’s much cheaper to buy alcohol as the active ingredient in still wine where there is zero excise tax.”

Do you see any changes to the lifestyle of the Czechs that might have caused lower spirit sales?

“I do think there has been a change of the lifestyle, and we forecast that such change will continue in the next five to ten years, and we expect that the category of spirits will decline by one or two percent. That’s clear. Besides, the social demographics is also changing including the aging of the Czech population, and so on. But this will be of course always accelerated by any economic changes – recession, changes to the excise tax or overall taxation – which will lead to lower shopping powers of consumers.”

Czech beer producers seem to be doing well with radler, a mix of beer and lemonade, which has been a big success on the market. What is the spirits producers’ strategy to counter the falling demand? 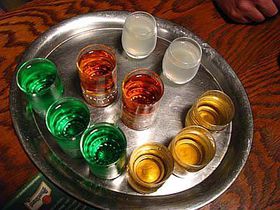 “We have several strategies and each producer in the country is looking at different alternatives of growing the business. But generally speaking, we have had higher sales of fruit liquors with lower alcohol content. That appeals to mainly two groups: people over 40 who enjoy talking to their friends over a couple of beers and then, as they were used to a few years ago, calling a round of shots. Now, they are ready to order something with less alcohol – vodka-based or fruit liquor products. Another group of consumers are people of the young generation, over 25, who want to have fun and enjoy the party but not to get completely drunk which we fully support.”

How much of the sales account for pubs and bars, and how much for drinking at home?

“On-trade, or pub consumption, is approximately one third of the market. A few years ago, it was 50 percent so on-trade business is under pressure. By the way, this is another reason why we think the government should reconsider the taxation level of spirits because with an increase of excise tax both on spirits and wine, consumers will be pushed out of restaurants which will impact this segment of the industry.

“When it comes to off-trade, or retail, we see a general tendency to exploration of mixed drinks. Consumers buy coke and other soft drinks, juices and so on, and mix their drinks at home.”

How about imports of foreign spirits like whisky and other established kinds of liquor? What’s the situation there?

“The situation there is stable. Consumers who have over the years found quality in imported products stay with them and we can say the level of imports is the same as it was years ago and has not been affected by the recession. When we look at the position of the Czech Republic as an exporter, we see the level of imports and experts are in fact the same.” Exports are one of the things you mentioned that could help Czech producers. Do you see any immediate opportunities on the world market?

“I have to be a bit sceptical here because we need to take into consideration the fact that not many local spirits producers have strong brands that can be easily exported. If there are opportunities, they are already being exploited. All producers are also limited by distances and transportation costs so majority of local producers can only focus on the neighbouring markets where there is tough competition. Also, we can only compete with products that are more or less commodities which means low profit per volume.”

Your firm, Stock Božkov, has begun exporting one of your signature drinks, the peppermint liquor known as zelená in Czech, to the US. Has that been a success?

“It has and we have good sales there. That’s another example. But talking about our company, I think the major success over the last two years or so is taking over full production from our mother company in Trieste, Italy which means we’ll be making spirits for markets in 55 countries.”

In many countries, mainly in Western Europe, you see a lot of local and regional products, not necessarily produced by local firms. Is regionalization and highlighting regional specialties a way to expend the business?

“That’s I think an opportunity in bigger countries where any marketing investment in that direction will easily pay off. We are a small market in which we see different trends – loyalties to some brand in Moravia compared to loyalty to another brand in Bohemia, or we can see higher consumption of fruit distillates in Moravia, and so on. But such marketing investment would be quite high compared to the pay-off.” 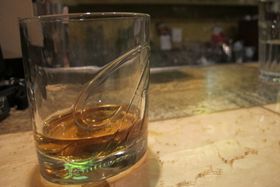 You firm has approached the European Commission about another of your flagship products, tuzemák, which is the local rum. You complained about an EU programme which supports rum producers in the Caribbean to help to local industry. Instead, you said the EU should support producers in the EU. Was it just a marketing stunt or have you actually heard back from the European Commission?

“We did actually approach the commission. It’s an interesting thing because it turned out that we came across a programme which will help us export any of our brands outside the EU. But we do believe that the EU should support local products rather than imports of Caribbean rum to the union.”