It’s pretty clear that European agriculture is bracing itself for a further wave of reform which will trim and re-shape the famed Common Agricultural Policy. But early discussions on what form the reforms should take have already highlighted deep divides between Czech farmers themselves and with the agriculture ministry. 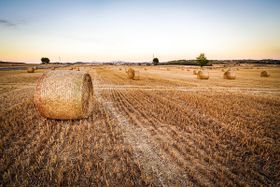 Photo: CC0 / Pixabay The Czech agricultural sector’s showpiece event of the year, Living Land, begins in the south Bohemian city of České Budějovice on August 24 and continues until August 29. Several of the seminars there will deal with immediate problems, such as a drought hit harvest this year and the difficulty of finding farm labour.

They will also focus on future problems of a man made and natural character. These include climate change and the changes being proposed to Europe’s Common Agricultural Policy (CAP), the main Europe-wide mechanism for directing what Europe’s farmers grow, how they do it, and what payments they receive.

Largely French inspired and framed to benefit French farmers, the CAP has evolved since the early 1960s and already been subject to several waves of reforms with gradually more complex incentives introduced than simple payments and support for crops produced. The broad policy, while ensuring EU food surpluses and a surplus of exports, has frequently come under attack for distorting trade, undermining developed countries, and simply being too big and expensive. One basic figure stands out, around 40 percent of the EU budget is spent on agriculture although it employs only around 5 percent of the population. 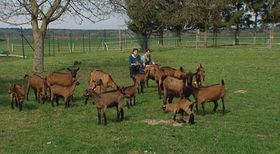 Photo: ČT24 That, as well as the realities of Brexit, with one major paymaster in the form of the United Kingdom, being taken out of the EU equation, has fuelled a new round of discussion about the shape of future EU farm support after 2020.

Brexit, as well as taking away a large slice of funding, will also remove a country with an agricultural profile very similar to the Czech one: large farms and a concentrated and efficient agricultural sector counting for less than 3 percent of the economy. Farms sizes are also very similar with more than two-thirds of farms in the mid-sized or large category. The average Czech farm size is 133 hectares compared with the EU 28 average of just 16.1 hectares. That’s means a large part of the Czech sector is a long way from the proliferation of small farm holdings in the likes of regional neighbours Poland and Hungary which makes a regional Central European stand on agricultural reform problematic. Jaroslav Šebek, photo: archive of ASZ While nothing is yet decided, the direction of proposed reforms to the CAP appears to favour smaller farmers and that looks like it’s created a rift within the Czech farming sector between the broad based grouping, the Agricultural Chamber, and the Association for Private Farmers in the Czech Republic (ASZ ČR). Jaroslav Šebek is secretary of the Association for Private Farmers and outlines where the broad talks on reform have got so far and what it’s position is:

"The preparations for a new Common Agricultural Policy are basically at the starting point. In the Spring of this year talks started with non-government organisations at the invitation of the Ministry of Agriculture. From this, first positions were taken. The ministry has taken account of them and today, the government. The ministry came up with a sort of framework, a sort of concept which it wanted to use during talks in Brussels. The Czech Republic is looking there to basically refuse any form of capping. We think that this is really stupid and a big mistake because the Czech Republic is giving up its chance to take part in a necessary reworking and re-shaping of the agriculture sector and countryside. We believe that it is necessary to take advantage of the type of support structure which the European Union is offering and that it simply has a preference for smaller scale family farms.ʺ

Capping refers to a ceiling on the direct support that EU farms could receive, a move which would probably hit the biggest farms. Indeed, the association has come up with its own proposal that this ceiling should be set at 150,000 euros. That roughly works out according to Czech conditions to a size of farms at around 1100 hectares. Above this level there should be no direct support.

ʺWe think this is fatally flawed and will not succeed." "The money should be used in such a way that a wider public interest is served.ʺ

To put it bluntly, the association argues that the Czech ministry of agriculture has started out by trying to defend indefensible positions and that it would do much better to go with the EU flow and try to exert its influence where possible. Jaroslav Šebek again:

ʺThe current position that is being taken by the agriculture ministry goes in directly the opposite direction. We think this is fatally flawed and will not succeed. The pressure on the EU budget is clear. There are many other challenges out there from the likes of the digital world, immigration, transport, security and so on. These are significant challenges. If the agricultural sector wants to succeed in keeping the 40 percent of the total EU budget that it has had up till now, it has to offer something to the wider public in the countryside. It’s clear that increasing payments to an ever smaller number of agricultural entities will not do that."

The association of private farmers shies away from talk about the Czech agricultural sector being split between the representatives of big and small sized farmers. The Agricultural Chamber, which says it broadly backs the agriculture ministry’s position, says the association of private farmers primarily represents smaller, family farms. The chamber reckons it speaks for a broad section including the bigger farms and represents around three quarters of Czech agricultural land and three quarters of those employed in agriculture. 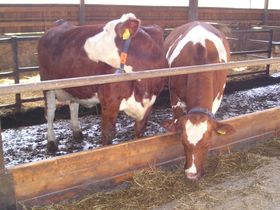 Photo: Barbora Němcová And while the small versus big cliché is dismissed, it nonetheless appears to have some force. Jaroslav Šebek admits that big farms could lose out more if the general lines of agricultural reform hold their course over the next year or so:

ʺWe are aware that this could create a certain number of problems. The thing is that when we are talking about European Union money we are still talking about taxpayers’ money and the goal should be that some broader public benefit is served. The money should be used in such a way that a wider public interest is served. To put it bluntly, these big agricultural firms that have 10,000 or 30,000 hectares do not fulfil any wider public interest. Quite the opposite is true, they bring much greater risks. There are big problems cause by erosion by water and wind and the area is not farmed in a way that respects the natural features of the landscape and which helps to preserve the mix of plants and natural diversity of species and such like."

ʺWe basically want to support to go to young, small, and start-up farmers. "

The private farmer’s sometimes goes farther in describing the ‘tunnelling of the Czech countryside.’ That phrase describes the fact that very large agricultural groups can be spread over vast tracts of land covering many local council areas and getting grants and support far and wide. But the seat of the group could be far away, perhaps in a town or city, with the local tax payments being made there.

Jaroslav Šebek stressed the three fundamental tenets of the associations position regarding what sort of farmers should be supported in the future:

"We basically want to support to go to young, small, and start-up farmers. We think that these are groups that have the potential to develop in some way. They are also burden in some way because of their small size. But to create these sort of businesses some sort of help is needed. We also want the European Union to push through one basic freeform and that is easing the administrative burdens for small farmers with an income of less than 5000 euros. We don’t this this would be a problem for any member states or affect them negatively and it would help the businesses and employment in specific regions.ʺ