This year looks like being a fairly crucial one for Czech Minister of Finance Andrej Babiš and his crusade against Value Added Tax (VAT) fraud in his home country and across the European Union. Babiš will step up his bid for Prague to be permitted wider powers to combat such fraud and has the backing of some other states. The omens though do not look overly promising with the European Commission and Berlin preferring looking like they will block the minister’s efforts. 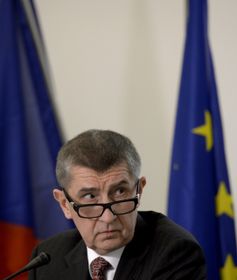 Andrej Babiš, photo: CTK Tax systems within European countries and between the EU-28 are pretty complicated and that is good news for the accountants and consultancies that make their money from ironing out the problems. But one basic rule for VAT holds true: goods and services are charged the tax where goods finally end up or services are consumed but they travel tax free between EU countries.

The result is that two types of goods and services can circulate at the same time in the EU, VAT taxed and VAT untaxed and that has spawned some incredibly attractive fraud opportunities that are costing individual countries and the EU as a whole tens of billions of euros.

One of the simplest fraud scenarios is as follows: an importer brings in goods free of VAT and then sells them on within the country with the tax added. But before paying the VAT to the local tax office in the country, the company vanishes and the tax payments are never made. With VAT often averaging around 20 percent in many European countries this represents a handsome profit. But there are even more refined versions of this tax scam that can and are being performed.

Take the first step and then add more companies which take delivery of goods and services, export them and then reclaim VAT that has never been paid in the first place. That’s so-called carousel fraud and the earnings for the criminals and tax loss for states can be enormous. Add a few companies in several more countries to the fraud, perhaps cover it up with some token tax payments here and there, and the fraudsters are onto a winner. By the time the authorities have woken up to the scam and act, they are probably long gone. Minister Babiš’ recipe to cure the VAT tax loss blight is so called “reverse charge VAT.”

Basically,responsibility for paying VAT is shifted to the buyer from the seller of goods when they are both companies. The buyer might be able to claim back the tax later but an initial payment must still be made and this effectively closes the door on the disappearing companies and disappearing revenues.

Minister of Finance Andrej Babiš described the extent of the current problem at a conference held in Prague in December which was attended by his Hungarian counterpart and top tax officials from Slovakia.

“The VAT gap is really the biggest problem of all member states of the European Union.”

“The VAT gap is really the biggest problem of all member states of the European Union because every year we have a VAT gap, which means unpaid VAT within the EU, of around 170 billion euros. So it’s more than the European Union budget. In fighting against this reverse charge VAT is a very effective and quick means. Unfortunately, until now we only have permission from the European Commission to apply around 15 items. What we would like to change is to have this competence.

“What is means in the Czech Republic is that every year we are losing more than 80 billion crowns. This is more than our [government budget] deficit. We have introduced most of these 15 items and we would like to have competence. We are not speaking about reverse charge for every item but for the competence to decide on some special items at the level of the Czech government and not at the level of the European Commission because, for instance, if we have some problem we have to go to the Commission and ask for the permission and usually they don’t accept and it takes a very long time. If we can have this competence then the Czech government can decide, let’s say within two or three months in comparison with this quick reaction mechanism which the European Commission is claiming to have but it is not working.”

One of the minister’s main arguments is that the so-called carousel fraudsters jump quickly from one sector of activities to another and the tax authorities have real difficulties keeping up. The fraudsters usually target high value items. Originally, these items included such things as mobile phones, the fraudsters though have become more sophisticated targeting of such sectors as carbon emissions or electricity trading. Minister Babiš again:

“These [people] in organised crime are acting very quickly and it’s really about the time. The average life of such a carousel fraud company in the Czech Republic is 23 days. So if the quick reaction mechanism is six months then it is a huge time gap.” 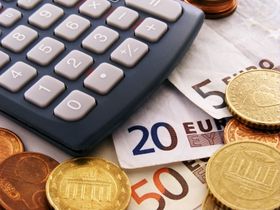 Photo: Grant Cochrane / FreeDigitalPhotos.net The minister expects to make a bid this year for Prague to be given the right by Brussels to run a pilot project which would allow it to rapidly target areas for reverse charge VAT as the fraudsters begin to exploit them. If successful, Babiš believes other countries could follow and seek similar powers. The timing looks good because the European Commission is also taking stock of how its VAT regime is performing this year and is inviting contributions from member states, tax associations, and experts.

But the big problem is that the European Commission appears very lukewarm at least about giving more leeway to member states to shape their tax systems as they see fit. Brussels has a strict mandate to work towards tax unification in the European Union and moves that conflict with this are simply in contradiction with the treaty.

Commission officials point out that some countries seem to have mastered VAT losses from fraud a lot better than others. Across the EU the so called VAT gap ranges from around 4 percent of possible revenues to 40 percent. Finland is the best performer with virtually minimal fraud. At the other end of the scale is Romania. Some of those point out that there is therefore a lot more room for countries to improve their tax collection and anti-fraud procedures within the current framework rather than opting for wholesale change. Some experts also point out the United States more or less has a reverse charge tax system and there the estimated tax gap stands at around 40 percent as well.

And another problem for the backers of the reverse charge formula is that the idea of shifting to this system was raised around a decade ago at European level and rejected. Then, Germany, stood on the side of those calling for a shift to reverse charge. Now Berlin stands resolutely against it.

The difference between then and now is partly explained by massive investments in its tax administration system to improve its functioning and clamp down on fraud. The German government has now promised companies that no major tax changes will be imposed on them in the future that might involve extra costs or burdens. In the realm of EU tax decisions, all states have to agree, but if Germany is on the other side you have got an even bigger hurdle to overcome.

“These [people] in organised crime are acting very quickly and it’s really about the time.”

Czech Minister of Finance Babiš nonetheless believes that a growing number of countries, especially those in Central Europe where carousel fraud is rife, now share Prague’s conviction that the EU tax landscape needs a major overhaul and reverse charge could be the answer.

“We have support first of all from Austria, Bulgaria, and other countries mainly Slovakia, Austria, Hungary, Poland, Romania and Bulgaria because this is the region where they [carousel fraudsters] operate and we sent this letter for the derogation from the [tax] directive which was signed by four ministers if finance. It was signed by Slovakia, Austria and Bulgaria.”