Excluding the Czech Olympic team and its fans, there are an estimated 50,000 Czechs living in London. Most of them came in search of better – or better paid – jobs but some have also set up their own businesses. One of them is Luděk Dvořák, who came to the British capital over a decade ago from Litvínov, in the north of the Czech Republic, and opened his own bar. Today, Mr Dvořák runs two bars in London, both called Prague. One of them is located in the trendy area of Shoreditch, the other just a few minutes’ walk from the Czech Olympic House in Islington. 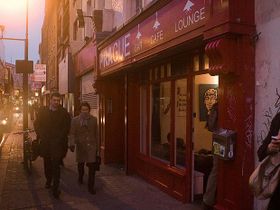 Prague Bar “I just bought this bar some six months ago, and business is steady, slow but picking up. Each week is better but we’re still not there. We are still far from where we need to be.”

What are you offering? How do you get people to come here?

“By doing good stuff – good cocktails, good drinks – and by being reasonably priced, by being nice and polite. Plus a little advertising but mostly it’s just word of mouth really. But we are being consistent in what we do.”

Are people who come here mostly Czech expats or do you get mostly Londoners?

“I don’t think that there are that many Czech people. Especially in this bar, there are probably 30 percent Czechs and Slovaks, and the rest are locals, English and a lot of foreigners. But we don’t get that many Czech people just because they don’t live in the area. I don’t know many expats who live here, and say on Monday night, it would be far for them to travel here from Zone 6. But weekends are better as people have more time.”

Did you feel at all the financial crunch that came a few years ago?

“Funnily enough, I did not. We are quite reasonably priced and we are not a club so the money comes in during the day and the evening. People save on entrance fees to clubs or on shots. But we’re a not a place known for slamming shots so I’ve had a very successful couple of years – thanks to the crisis, surprisingly.” Luděk Dvořák You have been running another bar for years now in a nearby area. How did you first get started when you came to London?

“Sheer coincidence. I came to study here and I worked at a music venue which I later bought and ran for a couple of years. Then, as soon as my licence expired, I got stuck with all the furniture, coffee machines, ashtrays, glasses, and I though, ‘what can I do? I’ll open another bar’.

“Back then – that’s about seven years ago I think – the only Czech place was the Czech and Slovak pub in West Hampstead. And I thought that if I compete with them and do things better, I’ll definitely get the Czechs and Slovaks into my bar. But my bar is at an excellent location so I never needed the Czech clientele as it was soon busy. So that was seven years ago, and here we are – a second bar.”

Did you have any business experience when you came to the UK?

So how do you compare doing business in the UK and in the Czech Republic?

“Way easier, and way more transparent. Most of the authorities are actually helpful here, as opposed to being repressive. For example, when a hygiene inspection comes, they tell you what’s wrong, and if you fix it, that’s it because that’s what they’re after. In the Czech Republic, if they find something wrong they fine you straight away. So most of the authorities here are very helpful and cooperative, and they want to make things better so I find doing business way easier over here.” 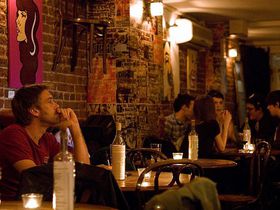 Prague Bar Bars and pubs here tend to have strict closing hours and all kinds of rules so how is partying different here from Prague for instance?

“There is certainly a difference between partying in the Czech Republic and in England. London is a little different as there are not that many troubles. Outside London, you get fights and troubles pretty much on an everyday basis but here, we are lucky that we don’t get that kind of people. For some reason, we get really nice relaxed people – touch wood – and in the ten years I’ve been running a business here I have never had a problem. Few small ones but nothing we couldn’t handle.”

How do you choose the beers you have on tap? I see you have Pilsner Urquell, Budvar and Kozel – are these the best known Czech beers in England?

“They are, along with Staropramen. The thing is that there are not that many companies who can supply beer consistently. I could get beer from some small village in the Czech Republic but then I would not be assured that the beer would be here every week. These people from Pilsner and Budvar, they are major players and they supply everything. There are no issues with deliveries, and they have technical teams which is quite important because if anything goes wrong, they fix it pretty much on the same day.”

So they are British importers of these beers? 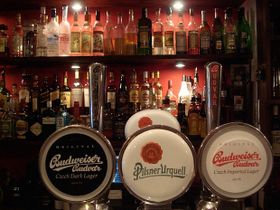 Prague Bar “Yes. They are British subsidiaries of the Czech breweries.”

Do people come because of the beer or are they surprised when they see none of the Carlsberg and Kronenbourg on tap?

“Czech beer is very popular here. Everyone knows that Czech beer is one of the best in the world and it does appeal to people. One of the reasons they come is definitely the fact that we are different from all the Carlbergs, Carlings and Kronenbourgs which you can get anywhere else.”

Do you offer any Czech specials?

“We used to have beton – becherovka and tonic with a little lemon – but it didn’t sell at all. Most of the cocktails don’t come from the Czech Republic. Some of the classic ones you’ll find there as well but to be honest I don’t even know what typical Czech cocktails would be – beton, tonic with fernet – but these are just spirits with mixers. But I’m quite open to suggestions so if anyone knows a good Czech cocktail, bring it on!"

How about hiring? How do you hire your staff?

“Instinct. You come, I see how you act and what sort of experience you have. It’s like a sixth sense.”

Do you want your staff to speak Czech as well?

“Not really, no. They have to be polite and friendly and they have to know their cocktails because I reckon that 30 to 40 percent of business is cocktails. Anybody can pour a pint but shaking a good cocktail is a skill. So I’m limited about who I can actually hire because not that many people know how to make good cocktails. Whether they speak Czech, English or Chinese is not really important.” 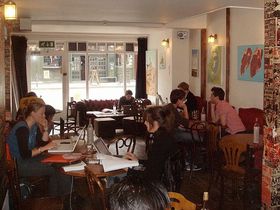 Prague Bar So do you have Czech staff as well?

“At the moment I have one girl working here who is Slovak in fact. Unfortunately, most of the Czech and Slovak people I’ve employed were not good news. I remember I had seven of them and every single one of them did something stupid and unfortunately had to leave.”

When someone from eastern Europe comes to the West, they immediately notice the difference in the quality of the service, even after 20 years since the end of communism. Why do you think that is?

“I don’t know. Most of these people did not even experience the old regime. I guess it’s brought over from their families. The attitude in the Czech Republic is that you walk into a supermarket and people don’t smile, they are not helpful and friendly, and if you ask someone for help it’s almost as if you were bothering them. I think it’s going to be very difficult to get rid of it, even with the new generation because the old habits are being passed on the young people too.

“Obviously, young people behave way better, they get the point that they cannot behave in the old school way. But I guess it’s going to be a difficult challenge for us Czechs and Slovaks to overcome the burden of the past.”

How do the Brits treat you? Is it an open society where no one cares where you come from or do you feel there is a distance because you are not from here?

“I’m quite lucky to have really great people around me, which is something I value a lot. There was a time when you said, ‘I am from the Czech Republic’, and they said, ‘Ugh’, and people were not really interested in talking to you. But that was a long time ago and I have been lucky to find a nice bunch of people who took me on board who taught me about how things are in the British society and culture. So I’m lucky, compared to some other Czech people who actually don’t like it here that much.” 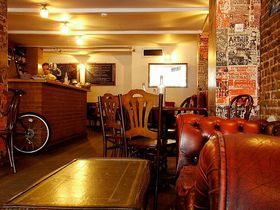 Prague Bar Are you planning to expand and open yet another location perhaps?

“I think so. That’s the only thing I know how to do so I will eventually open another one. It might not be a bar – it could be a café, a club or a restaurant but it will be in the hospitality business which is what I know the most about and that’s what I’m comfortable with. But you never know – I might meet someone tomorrow and move to Brazil.”