The British vote on whether to stay or leave the EU takes place Thursday with most recent polls suggesting a very close race indeed. And its no exaggeration to say that that the British vote is being followed with trepidation across the rest of Europe, including Prague, with the economic and political repercussions likely to be substantial. 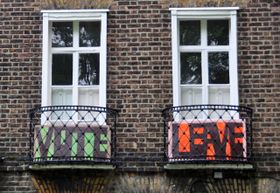 Photo: CTK When the former prime minister Margaret Thatcher started swinging her handbag and demanding her money back - the British contributions to the then European Community - she was often reminded that the trading and political block was more than just states calculating the flows of money they put in and got out of Brussels.

And it’s with regard to that broader picture that most other EU countries are now anxiously looking at the economic, not to say political, impact of a possible British vote to withdraw from the partnership. Britain, is, of course, a net contributor to the EU budget, but it’s about a lot more than that. And Prague has been vocal in its protestations that it would like Britain to stay in the club of 28 countries.

The British Treasury, the local name for the finance ministry, has already put out its analysis of what Brexit would mean for the local economy, and it does not make pretty reading. The baseline scenario is that leaving the EU would mean a massive shock to the economy and would probably spark an economic recession. Within two years, it’s reckoned that Gross Domestic Product would shrink by 3.6 percent, around half a million people would be added to the ranks of the unemployed, the British pound would slump in value, and inflation would take off.

That’s the optimistic picture. The Treasury has also put together a darker scenario where GDP contracts by 6.0 percent and 800,000 jobs are lost. It warns that it would probably take around 15 years for the full effects of withdrawal from the EU to become clear and Britain’s trade and economic relations with Europe and the rest of the world to be clarified.

“As the Czech Republic is a small, open economy and its growth is highly dependent on the euro area and Germany in particular, this slowdown would also affect the Czech economic performance.”

The Treasury analysis pinpoints a number of key sectors where the impact of Brexit could be greatest. These include aviation, where British airlines benefit from the rights to fly anywhere else in the EU and the similar market opening deals that Brussels has negotiated with third countries. The same holds good for the shipping sector. There is the automobile sector –

Britain is the fourth biggest car producer in the EU – and heavily reliant on a parts supply chain spread across the continent, including the Czech Republic. Four out of five British-made cars are exported to the rest of the EU. And there is, of course, the massive financial services sector.

The Treasury study sees a knock-on effect from a Brexit vote of European GDP dropping by around 1.0 percent in the short term over two years as Europe’s second biggest economy slips into recession.

Viktor Zeisel is an economist at Komerční Banka and along with colleagues has put together a study of the like effects of Brexit on the Czech economy. He first outlined what the immediate impact of a vote to leave would be on shares and foreign exchange markets.

“If British citizens voted for Brexit then the impact would be direct of the FX (financial exchange) and also the equities markets. We expect that both the euro against the dollar and the British pound against the dollar would depreciate immediately and, obviously, in the case of sterling the depreciation would be more pronounced. The equities would probably slump as well with Czech equities probably affected as well, they would probably go with the wave of the Czech equities abroad. For the Czech crown we do not expect that the reaction would be exaggerated. We expect that the Czech crown could in an extreme case move to 27.25 (against the euro), where we see quite big resistance levels.” 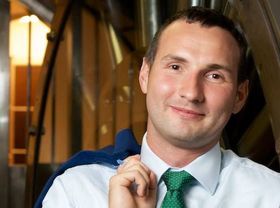 Viktor Zeisel, photo: archive of Charles University Longer term, the impact of Brexit on the Czech economy is mostly indirect. The likely British recession would have a bigger impact on economies like Germany but that in turn would have a knock-on effect on the Czech Republic.

Direct two-way trade between the Czech Republic and Britain is relatively small. Only around 5.4 percent of Czech exports currently head towards Britain, according to figures from the Czech Statistical Office. To put that into context, that’s around the same proportion as for France or around a third of exports to Russia and a fifth of those to China. In the first quarter of this year, the exports to Britain counted for around 4.9 percent of Czech Gross Domestic Product.

“In the longer term we also see these affects, economists expect the slowdown of UK growth of between 0.5-1.0 percent and slowdown in the euro area of between 0.15-0.25 percent. Although these figures are not very high, the effects should be persistent for 10 years. As the Czech Republic is a small, open economy and its growth is highly dependent on the euro area and Germany in particular, this slowdown would also affect the Czech economic performance.”

Mr. Zeisel says the Czech economy would in particular be hit because the auto manufacturing and parts production sector represent such a significant part of the manufacturing sector. The economist again:

“If there is further pressure for European disintegration it would certainly be very bad news for the Czech economy as it really benefits from the common European market.”

“The car sector represents a large part of Czech industry and it is very much export oriented. So we believe that in the long term it would be hurt. Yet, as I said before, the affects would be of limited magnitude although they would be long term. So what we expect would be a decrease in the demand for imports in the UK which would also cover the demand for cars and for other Czech production. As I say, although the magnitude is limited it would be for a very long time.”

Of course, Brexit or not is a much broader issue than that and goes to the very heart of the direction that the European Union will take in the next decades or even if it will survive at all. There appear to be two camps of opinion about what could happen: one sees a British exit sparking similar moves to leave the EU from other countries, perhaps the Netherlands or Sweden. With Britain detached, another scenario sees a core of EU countries with Germany at the centre pushing ahead much faster with political and economic union. Of course, there could be a mixture of both forces with each acting on the other.

In any case, that would probably represent a delicate situation for the Czech Republic, which still has not even adopted the single currency euro and whose population is often described as fairly Eurosceptic and disenchanted with a lot of the initiatives coming out of Brussels.

Czech economists and politicians are agreed that Brexit would leave the EU more than ever dominated by Berlin – with or without a supporting act from Paris. And they fear that many market opening moves within the EU and in relations with the rest of the world might suffer as a result if Britain is not around to back those moves or resist the tide in the opposite direction. Viktor Zeisel again:

“Obviously the negotiations about the Trans-Atlantic Trade Treaty (TTIP) would be impacted but it is very difficult to predict what will happen although if there is further pressure for European disintegration it would certainly be very bad news for the Czech economy as it really benefits from the common European market.” 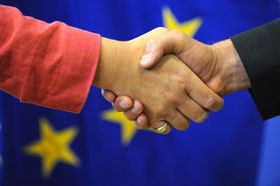 Photo: European Commission Although a lot of what Brexit means for Britain and the rest of Europe is still up in the air, there seems to be one thing that is fairly certain: at around 4 am on Friday morning the outcome of the vote should be fairly clear. If Britain votes to remain in, the concessions that prime minister David Cameron won from other EU states will have to be implemented rapidly but there are likely to be sighs of relief in other capitals.