The Czech Republic is said to have one of the highest levels of slavery in Europe. According to the first edition of the Global Slavery Index, compiled by Australia’s Walk Free Foundation, the country ranks third in Europe with some 38,000 persons believed to face severe exploitation. The authors of the survey admit the figures are just rough estimates, but many Czech experts agree the country needs to address forced labour, human trafficking and similar issues much more effectively. 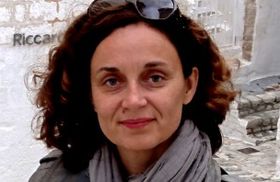 Daniela Agostini, photo: archive of Agostinifilm The 2012 documentary entitled The Tree Workers Case exposes what has been labelled as the biggest case of labour exploitation to have taken place in Europe in the last two decades. The film focuses on the case of over 2,000 workers, mainly from Vietnam, who were forced to work under very harsh conditions for the Czech Republic’s state forestry firm, Lesy ČR. Daniela Agostini is the film’s director.

“The workers were lured with false promises and partly with false contracts. They were taken to various locations in the Czech Republic, they were getting poor quality food in insufficient quantities, their living conditions were miserable, they were not paid or just very little.

“They were threatened not leave and in any case the workers had no money to pay for their return. They had no idea where to go and sometimes they had not idea where they were because they had been brought in the middle of the forest. So they were in a very vulnerable situation.”

These workers, many of whom also came from Rumania, Bulgaria, Hungary, Slovakia and other countries, were employed by agencies rather than by the state-owned firm. Ms Agostini says this was one of the reasons why the Czech authorities failed to protect them.

“The authorities all said they did not hire the workers and therefore had no responsibility. The forestry firm said the same. And the job agencies – they are like nutshells. Some of them went bankrupt, and the same people started a new company. The process was not very transparent.” 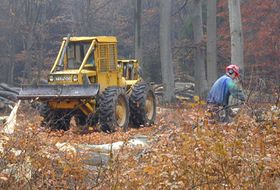 Illustrative photo: archive of Radio Prague The film highlighted a phenomenon which many thought did not exist in the Czech Republic, referred to as modern slavery. This is defined as a situation when people are coerced by a threat of violence into economic exploitation, without the possibility to leave.

But the problem clearly does exist in the Czech Republic and there are indications it may be widespread. Recent reports by German media highlighted the precarious situation of foreign workers at the Czech plant of Foxconn, a Taiwanese electronics producer.

On Saturday, the Australian NGO Walk Free Foundations released their Global Slavery Index which ranks 162 countries of the world according to the percentage of their populations in slavery. With an estimated 36,000 to 40,000 “enslaved” people, the Czech Republic has been ranked 54th in the world, and the 3rd worst-affected country in Europe after Albania and Montenegro. I asked the head of the Walk Free Foundation, Nick Grono, how they arrived at the figure.

“We’ve used a number of measures. We have used random sample surveys that had been conducted in the past in similar countries. The best evidence of a practice like this is to conduct a survey as one does for other types of crimes like drug trafficking or domestic abuse.

“We’ve also used other available data sources such as an annual analysis of trafficking by the US state department. We have also spoken to experts who have particular knowledge about the situation in the Czech Republic.”

Is there a particular type of slavery that is a more serious issue in the Czech Republic than other types? 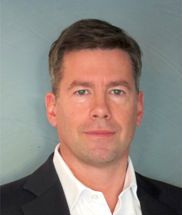 Nick Grono, photo: archive of Walk Free Foundation “There are a number of types of slavery that are a problem but it’s particularly human trafficking for sex trade that is a problem in the Czech Republic, and also exploitation of migrant workers on farms, forests and construction sites. These are the main types of slavery that have been identified for the Czech Republic.”

The Czech authorities’ reaction to the report has been cautious. In a press release, the Ministry of Labour and Social Affairs questioned the methodology behind the Global Slavery Index, and suggested that if the estimated numbers of enslaved persons were true, they would represent around 1 percent of the total Czech workforce.

For their part, Czech NGOs working with migrant workers and victims of sex trafficking say that while the issue is grave, the numbers of enslaved people are difficult to establish. Irena Ferčíková Konečná is the head of the Czech branch of La Strada, an international group addressing human trafficking.

“Human trafficking is a very latent and hidden crime and we can just see the tip of the iceberg. As an NGO, we often work with data from the International Labour Organization which last year released a report estimating that 1.5 million people were working in slavery-like conditions in developed economies including the EU. In the union itself, there are some 800,000 enslaved people, according to the report. So the estimates correspond to the ILO report, and I think it’s possible.”

“The principle of the perpetrators’ operation is that they are targeting either Czech citizens who are for instance indebted, are from socially-excluded communities, or migrant workers who are not familiar with Czech legislation and don’t know the language. Rather than physical violence, they are increasingly using more sophisticated ways of coercion, focusing on vulnerable Czechs and migrants.”

Besides ranking countries according to the estimated numbers of their enslaved population, the Global Slavery Index also compiles a slavery risk score for each country. This consists of four components: human rights, slavery policy, development rights and state stability. 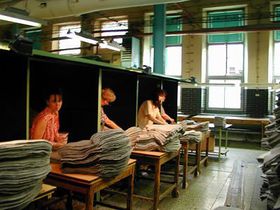 Illustrative photo: archive of Radio Prague The Czech Republic’s risk score is, again, the third highest in Europe, with very poor marks for its levels of discrimination and development rights. Nick Grono from the Walk Free Foundation again.

“Discrimination against the marginalized population is a key indicator for slavery. It can be directed against ethnic population, against the Roma, and so on. Where groups are marginalized and don’t necessarily get the full protection of the law, they are at a particular risk of being exploited and enslaved. So that’s what we are trying to pick up with the analysis of these factors.”

The other problematic area, according to the Czech risk score, is its development index which includes access to financial services. This has been an ongoing issue in the Czech Republic where levels of indebtedness and ensuing foreclosures and property seizures has caused outcry in recent years.

Marie Jelínková is a sociologist who works for the Association for Integration and Migration, a Prague-based group. She says little awareness of the issue plays an important role as well.

“The understating of what modern slavery is continues to be a huge challenge on many different levels in the Czech Republic. People tend to expect that slavery is self-evident, but very often it’s not.

“To understand whether someone is a modern slave or nor requires understanding of their position and the relationships involved. We have to be aware of these issues at the very bottom level which means for example the police.”

To combat human trafficking and modern-day slavery, the Czech Republic has adopted a series of measures. It has joined the Palermo Convention on Transnational Organized Crime, and accordingly adapted its penal code. It has also adopted an EU directive on human trafficking. But La Strada’s Irena Ferčíková Konečná says that unfortunately, these measures are not properly implemented.

“The bottleneck here is the implementations of these policies which are formally set up. But for instance, in 2012 there were just three final court verdicts on labour trafficking in the Czech Republic despite the fact that the definition of human trafficking in the criminal code is in line with the definition internationally recognized in 2004. So it took eight years before Czech law enforcement agencies were able to prosecute labour trafficking.” 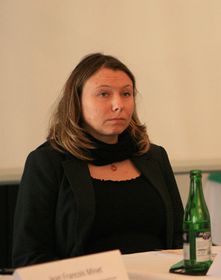 Irena Ferčíková Konečná, photo: archive of Ministry of Interior The Global Slavery Index is the first study of its kind ever conducted. The Walk Free Foundation provided country studies for only the five best and five worst countries included. The authors admit the data are weak but they say that next year, they will bring specific information on each country in the index.

The Czech Labour and Social Affairs Ministry, meanwhile, says it will get in touch with the Walk Free Foundation to address the situation which is exactly what the authors of the index are hoping for, according to the group’s director Nick Grono.

“There’s a shortage of good quality data out there to help us understand whether the situation is getting better or worse, and how we can address it. We hope that by putting out the index, we’ll get exactly the kind of response we’re getting here…

“We’ve been very pleasantly surprised by the overwhelming interest in the index, the strong response we’ve got from around the world, and a willingness to raise the issue and look at addressing it.” 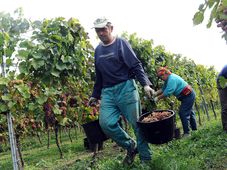 Klára Skřivánková: In modern slavery the shackles are often in the mind

Klára Skřivánková is UK and Europe Programme Manager for Anti-Slavery International, which describes itself as the world’s oldest human… 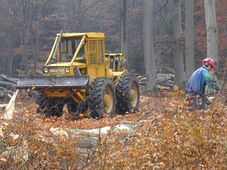 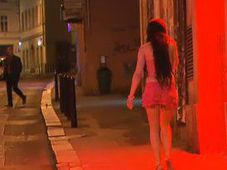