The Czech franchise market registered a massive growth last year, with more international brands looking to expand in the region in the coming months. At a time of recession and falling household spending, both domestic and international franchisers say there are good opportunities in the Czech Republic in terms of labour and real estate costs. Photo: Kristýna Maková Some US franchises such as McDonalds and KFC have been in the Czech Republic for nearly two decades. Czechs can now also get a burger at Burger King, enjoy a coffee at Starbucks, or get together for a meal at T.G.I. Friday’s. Most foreign franchises that have come to the country have been a success, and only a small number of them never managed to take off.

The Czech franchise market has been growing for some time now, and more US brands are now looking to expand in the Czech Republic and other Eastern European countries. One of them is Chuck E. Cheese’s, a chain of family-oriented restaurants. I sat down with the firm‘s director of global development, Carlos de Leon, during his trip to Prague.

“We are looking to find a group or a company that wants to develop the entire market. This is my first visit to Prague with this brand, and I have met some people here who are interested. They are in a similar business so it should be an easy transition for them.

“We are planning to have a franchisee within the next 90 days, and the first opening would probably be some time next year, in about 12 months from now.”

Another brand which is not present in Europe at all and is now looking for a partner in the Czech Republic is the US quick service restaurant chain Dairy Queen. Amir Kremer is the company’s vice-president for international development.

“We look at the Czech Republic as part of the bigger picture of Central Europe which will be our focus in the future. We have been in negotiations with various groups in the Czech Republic but we are also looking at more regional prospective franchisees.

“Some of them approached us from nearby countries, and we are considering their applications. It takes longer that we expected but we want to make sure that we are getting signed with the right people.”

Other US franchises eyeing the Czech Republic include Texas Chicken, Cold Stone Creamery, Denny’s, Great American Cookies, and others. But the market is attractive to different concepts from other countries, too, such as clothing stores, cosmetics retailers, real estate brands, and a number of educational and health services. 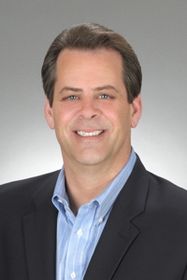 “Western Europe is not something that we would be focusing on right now. Eastern Europe, however, we are very interested in, and we in fact just opened up store number two in Kiev, Ukraine.”

Why is Eastern Europe so interesting for you?

“Well, people in Eastern Europe eat more chicken on a per capita basis than those in the West. Also, there are better opportunities in terms of return of investment. Opening up units is much better in Eastern Europe than it is in Western Europe.”

The Czech economy has been going through protracted recession, the longest in fact since the fall of communism. Real wages have been decreasing, and people tend to spend less; that in return deepens the economic stagnation. But for some US chains, this is a time of great opportunity. Carlos de Leon from Chuck E. Cheese’s says real estate prices play a role in the company’s focus on Eastern Europe.

“The timing is never really perfect to come into a market. But we feel that our brand is very affordable. In the US, families can come in and have a whole day of entertainment without having to spend a lot of money. So that’s something specific it would make sense to bring to a market where the economy is in recession. But when this happens, you also get favourable terms in rent, and real estate becomes available.”

Last year, the Czech franchise market saw a growth of around 22 percent. Another big change is that, unlike a few years ago, the majority of these brands now are home grown, according to Petra Ritschelová who heads the Czech Franchise Association.

“Czech concepts account for 60 percent of the market which means they are quite successful. One of the fastest expanding concepts is farmers’ food stores. I think this is because Czechs are now much more interested in what they eat and take better care of their health.”

Ms Ritschelová says that according to the latest reports, all segments of the market grew in 2012 but fast food concepts remain the most dynamic sector. 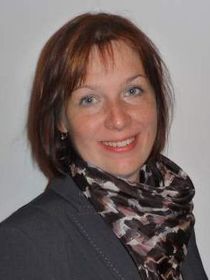 Petra Ritschelová, photo: franchising.cz “Gastronomy remains the most popular sector, with 22 concepts and a 14-percent share of the market. Gastronomy kept the biggest share although the number of other concepts also increased such as real estate services, health care, fitness as well as services for seniors and educational services for both children and adults.”

One franchising concept which has been successfully established in the Czech Republic is A Buyer’s Choice Home Inspections, a service that filled a gap on the Czech market. The company awarded what is known as master franchise to its Czech partner. The Czech firm’s sales manager Tomáš Šimon explains why they chose to buy the franchise rather than develop the business from scratch.

“We realized it was better to pair up with a strong partner that is already doing the same thing. They do it on a different market but they have the experience, they have hundreds of inspectors who can help and advise us. We know the market here is different which means we have to adapt all the manuals and other things but it’s very helpful to be able to rely on experience from Canada and the US.

Another reason for investing into a franchise is buying in bulk which can considerably lower the firm’s costs, says Petra Ritschelová from the Czech Franchising Association.

“Doing business under an established brand has some advantages. For instance, companies are increasingly aware of the need to cut costs to survive. One of the ways to do this is to buy products at lower prices, and being part of a franchise allows you just that. Mass purchases under one brand allows them to push for lower prices. That makes products more accessible for franchise holders who can in return offer quality products at lower prices to their customers.” Photo: Ian Muttoo, CC BY-SA 2.0 The biggest problem in expanding the franchising market remains finding a suitable partner. The costs of franchises vary from a few hundred thousand crowns to tens of millions in the case of master franchises for large international chains. But Czech entrepreneurs seem willing to start up a business with all the support the mother companies can provide, and the Czech franchise market is set for further growth in the coming years.