Lithium is very much the metal of the moment as one of the raw materials used for making batteries for electric cars and many other applications for renewable energy. And its high demand and soaring prices look like they could help make the Czech Republic one of the main producers of the metal worldwide. Lithium, photo: Tomihahndorf, Public Domain European Metals is an Australian and UK listed mining company which is pushing ahead with surveys aimed at renewing mining at Cínovec, a former mining town in the far north of the country near the German border. Keith Coughlan is the company’s managing director. He explained on the phone from Australia how mining could start up within three years or so and how big the potential Czech reserves are.

And in European or world comparisons is this a lot?

“Yes, in terms of contained LCE it’s about the largest deposit in Europe and about the fourth largest non-brine deposit in the world. When I say non-brine, there are two ways that lithium usually occurs, one is in hard rock deposits and the other is in brine deposits. And brines is effectively old salt lakes, what they call solars, that are normally found at high altitudes mostly in South America, and lithium is produced from those mostly from evaporation. Hard rock mining is the other way. So if we take the brines out of it, it is about the fourth largest known source of lithium in the world.”

How are you going to get this out…is it going to be a conventional mining operation?

“If we take the brines out of it, it is about the fourth largest known source of lithium in the world.”

“It is a conventional mining operation, but it’s an underground mine not an open pit which people may think of when you say dig a hole to get it out It’s proposed to be an underground operation, building or extending the operations that are already there at Cínovec. There has been a lot of mining in this area, they have mined tin there for an excess of 600 years. And there is already over 20 kilometres of tunnels, adits, and drives and things already in place. So it’s an extension of the existing underground mine and operation and all the extraction will be done underground. So its low impact and not digging a big hole that everybody can see. “

And where are you at the moment…if I understand correctly you have done a lot of bore holes, tests etc but where are you with getting the permits and when will you realistically be able to start operation? 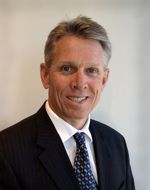 Keith Coughlan, photo: archive of European Metals “Like I say, there have been a lot of bore holes there historically in the deposit over many years, some 80 odd thousand metres of diamond drilling and we have been drilling on and off for the last two years. So there has been a lot of that sort of work done. In terms of where we are in the process, we are completing what we call a preliminary feasibility study (PFS). So that’s a study to determine the feasibility of the project on a plus or minus 25-30 percent tolerance. That study will be concluded by the end of March next year, so in about four months. Then we would move into a definitive feasibility study which seeks to narrow the parameters and reduce the margin of error, so a more detailed study. That would take another year to get that organised and put into place. And then you move into a financing and building stage before you start to mine and produce. Running parallel to that you have got your permits and things. From the Czech law perspective our next milestone is a preliminary mining permit and once we have concluded the PFS and the environmental work, which we have started, we then go on to apply for that license. There are other permits we need to get in terms of re-accessing the underground operations and de-watering, because there is a fair bit of water in the mine. We would be getting that water out. All those environmental studies are important to ensure that it will be low impact from the visual and noise point of view, all of those sorts of things.”

“We would hope that we would be in a position to deliver a product into the entire European electric vehicle market.”

I understand you are doing lots of feasibility studies, they are important to get the finance together…but from a broad ballpark perspective, you know how much ore is there, you have a fair idea of what the costs of getting it out are, and you know what the current price of lithium is; so looking at those three basic factors are you confident that you can make a go of this?

“Well certainly we are given the current lithium price, or lithium carbonate price, and also the current tin price, which is also important for us. Cínovec is a very large deposit but it’s also very low grade so it needs strong metal prices and mining methods to be sound and on the ball to keep the overall costs down because it is low grade. But the market for lithium itself is compelling. There seems to be a lot of demand in the near term, mainly driven in Europe by the electric vehicle industry and that is a big part of the strategy for us. EVs in Germany and in the Czech Republic, in time, are important with the automatic industry important in the Czech Republic. Those are driving the lithium price, there is no doubt. The tin, as I say, is important because it is a by product and it provides a by product credit for us, which has the effect of lowering our overall cost of production of lithium. But we do need both of those prices to stay nice and strong for us during the build period etc.”

If I am not mistaken, I read somewhere that lithium prices are going up by around 10 to 20 percent a year. I don’t know what time frame you think you could start production but I suppose that you think that tin and lithium prices will be stronger by the time you might realistically start?

Cínovec, photo: Jens Jäpel, CC BY-SA 3.0 “Well they certainly have been going up by the orders of magnitude you are speaking about. That won’t continue obviously. Nothing can go up by those numbers year on year ad infinitum, so it will definitely level out. What happens is that when the price of any metal goes up it encourages more people to bring projects on. Lithium is not an uncommon metal and people are looking to develop other projects so what that will do is bring on more supply and stabilise the price. So, certainly for the next two or three years we will have good growth in the price of lithium compounds but I think after that it will start to stabilise and that’s about the time out where we are looking to start production at Cínovec.”

But as you suggested earlier, if you mine this, and you probably process it locally – I should ask about that – this will then be on the doorstep for much of the European car market…

“That’s exactly right, and yes, we are looking to process locally. The plan at this time, before the PFSs, is that we would do the first stage of processing up on the mountain at Cínovec but then we would be pumping the concentrate through a slurry pile down into the more industrial area in the valley and building a lithium carbonate plant down there. We are very keen to value add within the Czech Republic and there is expertise within the country to assist us in doing that and we would hope that we would be in a position to deliver a product into the entire European electric vehicle market for many years to come. There are battery plants within reasonable proximity, there is a quite large one that Daimler has in Dresden, which is not very far away. We have LG Chemicals which is building one in Poland and Samsung building one in Hungary and one in Vienna, so the demand for electric vehicles and lithium batteries in Europe is increasing. You have various counties talking about banning petrol and diesel cars from their roads from 2025, and some from 2030. I think the demand for electric cars will continue and I think that will be very important for the Czech Republic.”

The mayor of the local area, Dubí, Petr Pípal, is very much in favour of the mining project:

“So far we have not registered any negative viewpoint from local people.”

“There are mostly people owning holiday homes and chalets at Cinovec, they are mostly weekend visitors. There are 66 people living there all the time. We have not so far seen any negative reaction from these people. We are making everything public, they know about these activities which we cover in the monthly town newspaper. So far we have not registered any negative viewpoint from local people.”

For the town, the renewal of mining activities could mean annual payments of around 25-30 million crowns to the council coffers and its hoped that dozens of local jobs would be created.