Four central European countries have made a renewed effort to secure imports of natural gas from the United States. Amidst the ongoing Crimea crisis, the Visegrad Group states have appealed to US lawmakers to ease natural gas exports to the region as a way of diminishing its dependence on Russian gas. 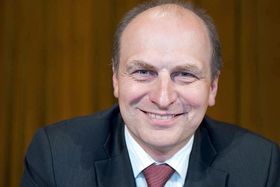 Petr Gandalovič, photo: Tomáš Adamec In a letter to the speaker of the US House of Representatives, John Boehner, and the speaker of the Senate, Harry Reid, the Czech, Hungarian, Polish and Slovak ambassadors to the US have urged the Congress to make it easier for US companies to export natural gas to the region.

The letter, which says the Ukrainian crisis brings back memories of the Cold War, argues that competition between gas suppliers in central and Eastern Europe is a “vital aspect of national security”.

The Visegrad Group calls for the removal of legislative hurdles to exporting American shale gas to countries which do not enjoy free-trade agreements with the US. These include the Czech Republic, Hungary, Poland and Slovakia. As of now, exports to such countries need to undergo lengthy approval procedures by the US Department of Energy. Petr Gandalovič is the Czech ambassador to the US.

“We’ve been trying to persuade the US administration and lawmakers that enabling exports of American natural gas is beneficial for both sides. It would increase energy security in Europe, and it would probably also decrease gas prices in Europe, as there would be more gas available.

“But at the same time, it would create new markets for American exporters. So we look at that as a win-win situation, and we have been pushing for that for several years now.”

The Czech Republic is indeed heavily dependent on Russian natural gas. It annually consumes about 8 billion cubic metres of gas, two-thirds of which come from Russia. Other countries in the region are in similar positions, with Russian gas imports accounting for 70 percent or more of their consumption.

Past disputes between Russia and Ukraine over the transit of the former’s gas through the latter’s territory showed the need for more diversity of the region’s gas supply. This issue has only been highlighted by the current crisis in Ukraine.

In the light of the Ukraine crisis, the Visegrad countries’ efforts seem to have started yielding results. In January, Republican Congressman Cory Gardner introduced a bill that would allow American gas exports to NATO member states and other allies of the US. Earlier this month, meanwhile, House Speaker John Boehner called on President Barack Obama to approve pending applications for gas exports to the US’ European partners. John Boehner “What the president could do today is that he can expand our exports of natural gas. Over the last three years, we have permitted just six liquefied natural gas projects in our country. There are 24 applications sitting down with the Department of Energy.

“If the president wanted to strengthen his hand and help our allies in the region, he would pick up his phone and use his pen and have the Energy Department approve the applications for these energy exports.”

Even if the US Congress makes these exports easier, analysts say it is unlikely that American gas would reach Europe before 2016. In the meantime, countries in this part of the world need to build infrastructure to receive liquefied natural gas from the US, and to distribute it throughout the region. Jiří Gavor runs ENA, a Prague-based energy consultancy.

“One import terminal for liquefied natural gas – a facility in Swinoujscie, Poland – will be operational very soon. As the same time, the Visegrad countries have been long debating a north-south connection.

“I think the Crimea crisis will accelerate these efforts to connect the Polish terminal via the Czech Republic, Slovakia and Hungary with another planned terminal in Croatia. So this project will again come to the forefront.”

Last October, the Czech Republic’s ambassador at large for energy security, Václav Bartuška, co-authored an editorial in the Washington Post advocating easier access to American shale gas for central and eastern European countries. He believes that time around, the efforts to ease US gas imports to Europe could be successful.

“The letter of the Visegrad countries is just the latest in a long string of initiatives coming from this part of Europe to influence the debate in the US about what to do with the shale-gas bonanza, whether to allow exports of significant volumes of gas to countries which don’t have free-trade agreements with the US. So it’s been going on for a long time, and it’s nothing out of the ordinary.”

Do you think the crisis in Ukraine will not affect the decision of US lawmakers?

“It probably will. At the same time, the interest of European countries in broader LNG exports from the US has been long standing simply because the difference in price of natural gas between Europe and the US has become rather hurtful to European economy. We are talking about all economies in Europe, from Germany to the Czech Republic. So it’s not just the Visegrad Four initiative.”

If the US Congress does remove these hurdles, what impact will it have? 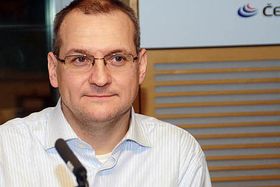 Václav Bartuška, photo: Šárka Ševčíková “So from 2008 onwards, we have seen a growing difference between the spot price of LNG and the long-term contract price of Russian gas, for instance. This is the impact that has been changing the situation in Europe.

“As for LNG exports from the US, we are talking about a timeframe of three to five or even seven years so it’s definitely no short-term fix. But additional volumes on the market would definitely help us consumers, whether in France, Germany, or the Czech Republic. They would also strengthen the hand of consumers vis-à-vis other suppliers.”

Will this also enhance the Czech Republic’s energy security through higher diversification of our energy supply?

“We already did our homework back in the 1990s; we have our supply diversified fairly well, and we built additional pipelines from the West in the 1990s. So it’s not really something for us but rather for Europe. It would strengthen Europe in general, not just us.”

But still, some two thirds of our gas comes from Russia. So can US gas help replace the Russian supply if need be?

“First of all, roughly one third of our consumption is covered by a contract with Norway. This gas usually doesn’t reach here because it’s swapped for Russian gas. But we’ve had this contract since 1997.

“As for the additional volumes, there is at the moment fairly substantial inflow of LNG to European ports and thanks to the possibility of reverse flow in European pipelines, we are quite secure at the moment. So we don’t feel threatened at all.”

“As I said, we did our homework and we don’t need gas for ourselves. We are talking about the need for others, and that’s why we signed the Visegrad Four letter. That’s number one.

“Number two: yes, we have banned shale gas prospecting in our country simply because we have very bad experiences with chemical mining with sulphuric acid for uranium which was done on a large scale in the 1960s, 70s and 80s. It’s extremely damaging to the environment, and we have been trying to clean underground water in northern Bohemia ever since.

“So anybody who comes here and says, ‘I have a proposal for chemical mining’ of any sort is bound to hit a wall, and that will not change. I fully support the ban, and I don’t expect it to change.” 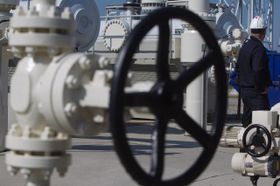 Photo: European Commission So do you think that this time, the US will approve easier gas exports and the European efforts will come to fruition?

“It’s quite likely, also because the biggest forces are now gathering for the big debate on oil exports, making gas a side issue. I did a presentation for the US Congress along with Congressman Turner last summer, and it seemed like a lonely struggle. But now, I know of art least five different proposals and legislation initiatives in the Congress. So yes, I think that this time around, it will happen.” 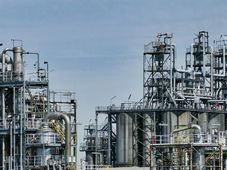 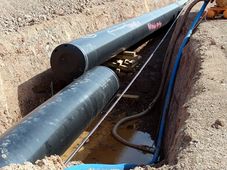 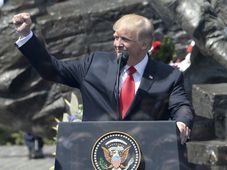