Václav Havelka leads the guitar band Please the Trees, whose fourth LP Carp picked up the prestigious Apollo prize for Czech LP of 2015. The Krkonoše-raised singer and songwriter also collaborates with lots of other musicians and regularly promotes concerts by major independent artists. Our tour of “Václav Havelka’s Prague” begins in a passageway between the streets Spálená and Opatovická that many residents probably have no idea exists. It’s home to Super Tramp Coffee, a newish café with wonderfully peaceful outdoor seating. 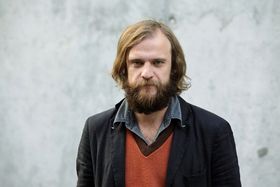 Václav Havelka, photo: Standa Soukup “I discovered it because my friend Tomáš Luňák, who actually did the film Alois Nebel, and his girlfriend own this place.

“One time he invited me to stop by and I was totally astonished.”

What was astonishing about it?

“The atmosphere. It’s like a yard and all these old buildings – apparently it has a history.

“Once I got here everybody started to talk about this pathway, which I had never gone through but which has apparently been here forever.

“It has some sort of tradition and spirit. I don’t know what was here before…”

I think there was maybe a printing works here.

“Maybe. I don’t know if there was something here before in the place where the café is. But it’s perfect.”

Also I saw on your Facebook page that you are or were DJing here.

“Yes. Another thing here is that there’s no Wi-Fi. 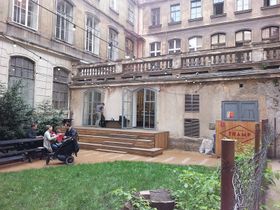 Super Tramp Coffee exterior, photo: Ian Willoughby “There is a record player and they let people play out of their collection. The collection is nice, because Tomáš has great taste in music.

“There’s a mixture of new stuff and old stuff. Since we’ve known each other we’ve always talked about music.

“He just started this thing where twice a month or something they make a Sunday afternoon where they invite people to play out of their 7-inch collection.

“I realised last year, when I was invited to Radio 1 to DJ, that there’s no time to play 7-inches – to play a song and then play another.

“So I did that at Radio 1 and then this idea came and it’s super fun.”

I think it’s the only café in Prague that I’ve heard of with DJs.

“Maybe. It’s definitely the only one where they let people play out of their record collection.

“There’s no MP3s…. there’s something about quietness and getting out of all the hassle of civilisation and information smog [laughs].” 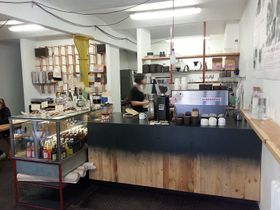 Super Tramp Coffee, photo: Ian Willoughby What other cafés do you like in Prague?

“The thing with me is if I can get a good coffee I won’t just take any one. I don’t drink like three or four a day. So I choose places on what their coffee is like.

“Apart from here… there’s another place, I Need Coffee, which is also run by Tomáš and his girlfriend. There’s also EMA Espresso Bar by Archa Theatre. I quite like the Mama Coffee chain.”

What about bars? You’re always out and about – I always see you at gigs and here and there.

“Yes, that’s another thing. I’ve never gone out to bars to drink with friends.

“It’s always going to see a gig – or for whatever the place is doing.

“Lately I’ve started to go to gigs that are taking place at not club spaces. Like nádražky, old trains station bars, which is awesome. And at galleries and stuff. 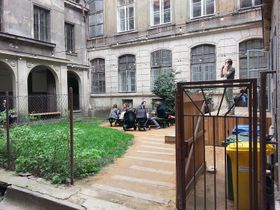 Super Tramp Coffee exterior, photo: Ian Willoughby “So I don’t know if I can name a few places. But I’m super connected to Strahov 007. That feels like a home scene to me.

“I’m happy at the moment that there’s, I wouldn’t say too many, but quite a lot of places where things are happening.

“So it’s always refreshing going somewhere for the first time and getting into a place I haven’t been before.” Rekomando, photo: Ian Willoughby From Super Tramp Coffee Václav Havelka takes me down to Rekomando/Polí5, a combined alternative music and book store on Trojanova St., not far from Palackého náměstí. As the musician tells me, the sprawling, packed emporium also serves as a kind of community centre.

“This is a spot where friends hang who love music and buying records.

“It’s a mix of a record shop and a second-hand bookstore and they also have new books. It’s pretty awesome.”

What kind of music do they sell?

“And as part of the second-hand bookstore there’s also a second-hand record shop, too. So you can sell your music and buy more music – which I think is the best trade [laughs].”

Given that so much is online these days, what do you think is the function today of a music shop? 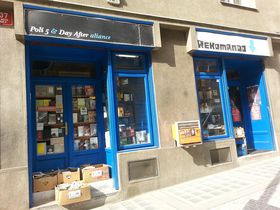 “You can see it in how people got back into vinyl records, after consuming millions of songs in the MP3 format.

“There’s something about the aesthetics of vinyl records, of the sound, which I think is the best.”

Are you a vinyl collector?

“Yes, I am. I have maybe a little addiction of sorts, which I need to control.

“It’s hard for me to spend money on records when I’m making my own music and spending money on that. You have to decide what’s more important for you.

“But I find myself every now and then buying records at shows or even here – I come to check new stuff and see what they have.” 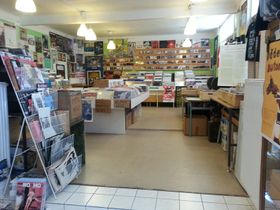 Rekomando, photo: Ian Willoughby Do you prefer buying new or second-hand vinyl? Is there a difference for you?

“I have this thing where I try to get the original. So if I’m after something I always try to be the original, even if it’s more expensive. Not so much reissues.”

Do you ever perform in music shops, here or elsewhere?

“I think here instead of money we each got a record. That’s the best [laughs].” Solidarita, photo: Ian Willoughby The final stop on our tour of “Václav Havelka’s Prague” is the place he calls home: the Solidarita (Solidarity) estate in Prague 10. Comprising rows of two-storey terraced houses with small gardens, it doesn’t look like anywhere else I’ve ever seen in the city.

“My wife has lived here most of her life, so naturally when we were planning to start a family we trying to stay close to them so we’d all be together.

“I really like the houses. They’re quite unusual for Prague – you have a second floor and a garden, which is awesome.

“Also it’s pretty close to the centre – within half an hour you can get wherever you want.”

What’s the history of this place? It’s called Solidarita, right?

“I don’t really know much about it. I think there was some sort of experiment where they built these houses for workers.

“But once they finished it they didn’t really do it anywhere else, because they started to build higher buildings.”

When we spoke by email about this My Prague you said this place was called “dvouletky” [the name of one of a road running through Solidarita] – which sounds something like “two-year plan”. 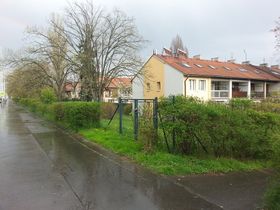 Solidarita, photo: Ian Willoughby “I also like the name Solidarita – it’s somehow important these days to live by the example of having solidarity with people. There’s something to it.”

My final question is, I know you travel a lot, touring with your own band and with other artists – has that travelling impacted how you view Prague as a city to live in?

“I feel that it’s pretty comfortable. It’s pretty safe. That’s what you realise once you travel places.

“But I could live anywhere. I’m not somehow connected or I don’t feel any chains here.

“And I really like going away because it’s always very refreshing. I feel like I’m always on the road somewhere.

“Somehow I always wanted that. So I’m happy that with something I do I’m able to meet people and go to different places.” 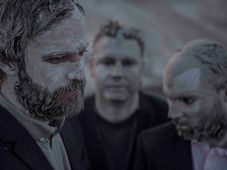 Infinite Dance is the fifth and most fully realised LP yet from the Prague guitar-based group Please the Trees. The new record, which… Please the Trees – Nothing to Carp about with raw new LP

The leading Prague guitar band Please the Trees have just returned with their rawest LP to date. Recorded in Detroit over just two… Tens of bands and dozens of djs performed around Prague on Thursday evening to open this year’s United Islands Festival. The event,…