The Sokol /or Falcon/ athletics body -a physical exercise organization founded in 1862 during the Czech national revival - is holding its 14th all-Sokol meeting at Prague's Strahov stadium this week. The event culminates with a mass gym performance at the stadium involving some 18 thousand gymnasts of all ages. Czech expats from around the world are taking part. The Sokol athletics body is one of the oldest organizations in the world. Its modern era began with its revival after the fall of communism but even during the dark period of Czech history ex-pats around the world kept its spirit alive. The all-Sokol meeting takes place once in six years. 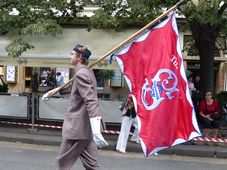 Sokol Slet: a celebration for Czechs and for everyone else

The 16th annual Sokol Slet (gathering) is taking place this week in Prague, bringing together not only Czechs, but also members from… 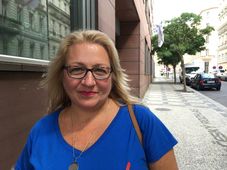 Jean Hruby of American Sokol: Attending slet is like coming home to meet your grandparents 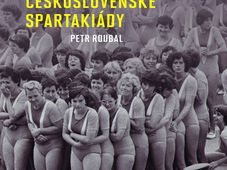 Spartakiads, or Spartakiady, mass gymnastic exercises, were a unique event of their kind in Czechoslovakia under the Communist regime.…