The head of the Traffic Inspectorate from the north Moravian town of Frydek-Mistek, Michael Cas, caused a traffic accident on Saturday night in the city of Ostrava and a breathalyser test proved he had been drinking alcohol. The incident occurred only a few days after the Czech police president was caught breaking the speed limit on a motorway, some three weeks after a new and tougher transport law came into effect. Mr Cas had been quoted in the Czech media making positive comments about the new law in recent weeks.

According to a poll conducted by the Median agency and published in Saturday's Mlada fronta Dnes, 67 percent of Czechs approve of the new transport law which introduced tougher punishments for driving offences. The poll suggests most Czechs believe that drivers will be more cautious and there will be fewer accidents. 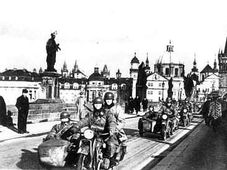 Seventy-five years of driving on the right

March 17,1939 brought a revolution on Czech roads: the commander of the German occupation forces ordered a change-over to a right-hand… 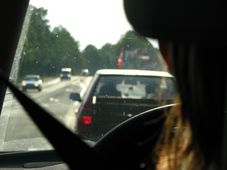