An autopsy has confirmed that a 23-year-old member of the president's elite Castle Guard unit, who was found with multiple gunshot wounds on Saturday, committed suicide. Police say the man killed himself by shooting himself in the head with a sub-machine gun. The suicide was the latest in a series of unfortunate incidents for the Castle Guard. An army psychologist attached to the unit was dismissed after he was found guilty of drugging and sexually assaulting soldiers. Recently it was revealed that Castle Guard members had posed in their uniforms for a gay pornographic website. President Vaclav Klaus has called for urgent transformation of the unit, to restore the Castle Guard's reputation as quickly as possible. 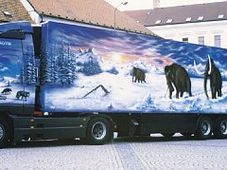 The Prague Castle guard may soon be changing into new uniforms. Who has been complaining about them? And a thief in a dress shop poses… 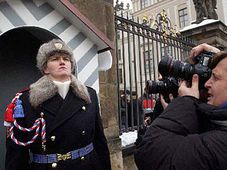 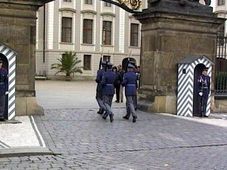 The Prague Castle Guard is in dire need of reform and its transformation process needs to be sped up. Czech President Vaclav Klaus…