The Chamber of Deputies has launched a campaign against pawn shops which deal in stolen goods, passing a bill on Friday under which shopkeepers would have to ascertain the identity of clients. The bill's proponents said there were 1,800 pawn shops in Prague alone, many of which were open around the clock. 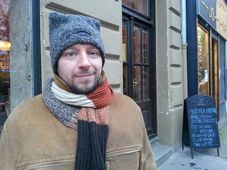 Saint Petersburg-born actor Ivan Shvedoff has appeared in dozens of TV shows and films, including the likes of the fourth Mission Impossible movie.…