The academic senate of Prague’s Charles University has issued a statement saying that it disagrees with the current proposal for higher education reforms. According to the senate’s spokesperson the Education Ministry’s current proposal does not resolve even the basic problem of separating universities into scientific and professional ones. They also claim that the ministry has not allowed for enough time to negotiate possible changes. The academic community has rejected a number of proposals for reform s in the past few years. Thousands of students and academics protested against the reforms proposed by the former Education Minister Josef Dobeš this February. 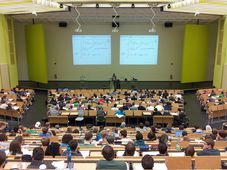