The Constitutional Court rejected a proposal to annul two of last year's pricing decisions made by the Czech Energy Regulatory Authority, citing a lack of valid arguments. The proposal was signed by 26 MPs from the Freedom and Direct Democracy party, the Communist Party and one Social Democrat. They argued that the agency breached the Energy Act, according to which it has to protect the legitimate interests of customers and consumers, by increasing prices for no reason.

According to the ruling there was an absence of almost any argumentation that could lead the Court to rule that prices should be changed.

High energy expenditures are forcing nearly a quarter of Czechs to cut back on other types of spending, a recent survey conducted by… 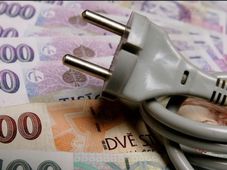