This May some 88 companies went belly up, the highest number of bankruptcies in two and a half years, according to the Czech Credit Bureau (CRIF). The figure is up by 35 compared to April.

Last month 551 people in business for themselves also declared bankruptcy, the highest number since May 2018.

Despite the relatively high number of bankruptcies in May, their number continues to decline in the long term, CRIF analyst Věra Kameníčková said, commenting on the figures. 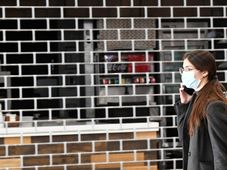