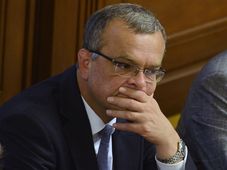 Were Kalousek calls an attempt to intimidate the police president?

Police president Petr Lessy dropped a political bombshell on Thursday, revealing that over a week ago he was repeatedly called by the… Parliament on Wednesday voted to revoke the immunity of its deputy chairwoman, Vlasta Parkanová, who police suspect of having made…