The outgoing Social Democratic cabinet is still discussing the possibility of sending Czech soldiers to Lebanon, to join an international peacekeeping force administered by the United Nations. According to Foreign Minister Cyril Svoboda, Friday's meeting of European Union foreign ministers will be key to the Czech Republic's decision. Mr. Svoboda says that it is important to clarify whether the Czech mission's mandate would be one of peacekeeping and observation, or whether the units would also be charged with disarming Hizballah. The foreign minister is also concerned about the costs of such a mission, and says that it must not jeopardize ongoing Czech peacekeeping in Afghanistan, Iraq, Kosovo, or Bosnia-Hercegovina. Mr. Svoboda's public statements on the issue of Czech involvement in Lebanon have been more cautious than those of the outgoing prime minister, Jiri Paroubek. 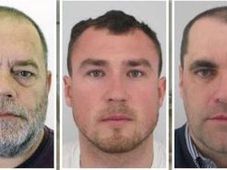 Four Czechs who were kidnapped in Lebanon last year are suing the state for financial compensation. They argue that if the country’s…